TEHRAN, September 28 - Progress on EU priorities in the first four rounds of talks with the UK has not been sufficient, says Parliament’s draft resolution 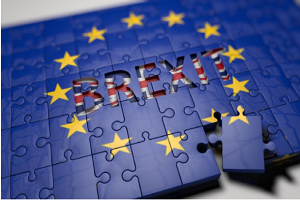 TEHRAN, Young Journalists Club (YJC) - The European Council should determine that “sufficient progress” has not been made on the EU’s three key aims - safeguarding EU and UK citizens’ rights, clarifying the UK’s financial commitments and resolving the Republic of Ireland/Northern Ireland border issue - unless the fifth round of talks delivers a major breakthrough on them, says a draft resolution endorsed by Parliament’s Conference of Presidents (EP President and political group leaders) on Thursday.

The motion, drawn up by Parliament’s Brexit Steering Group, will be debated and put to a vote by the full house next Tuesday.

Parliament’s President Antonio Tajani said "We welcome the constructive approach of Prime Minister May in her recent speech in Florence. The protection of citizens' rights is the absolute priority for the European Parliament. The withdrawal agreement should maintain the full set of rights that citizens currently enjoy, as defined in relevant European Union legislation. Additional guarantees that EU law will be respected until the withdrawal of the UK is a fact are also key to ensuring a rapid conclusion of the first phase of the negotiations."

EP coordinator for Brexit Guy Verhofstadt added: "Prime Minister May opened the door to progress in her speech in Florence on September 22, for example on the role of the European Court of Justice. But we would like to see the UK government provide greater clarity. We are still waiting for answers on vital issues, such as how to keep Northern Ireland in the customs union, or how to find a special arrangement that will prevent a hardening of the border. Regarding citizens' rights and the financial settlement, we are waiting for concrete answers to the proposals made by the EU negotiating team."
Quick facts

Members will debate the motion with EU Commission President Jean-Claude Juncker and Chief Negotiator on Brexit Michel Barnier on Tuesday. The resolution as voted will set out Parliament’s input to the 20 October EU27 summit in Brussels, when government leaders will assess progress in the Brexit negotiations.

Any withdrawal agreement at the end of the UK-EU negotiations will need to win the approval of the European Parliament.