TEHRAN, September 28 - Turkish Prime Minister Binali Yildirim says his country’s military forces will not hesitate to give a stinging response to a national security threat on the border with Iraq in reaction to Monday’s referendum on independence of Iraq’s semi-autonomous Kurdistan region. 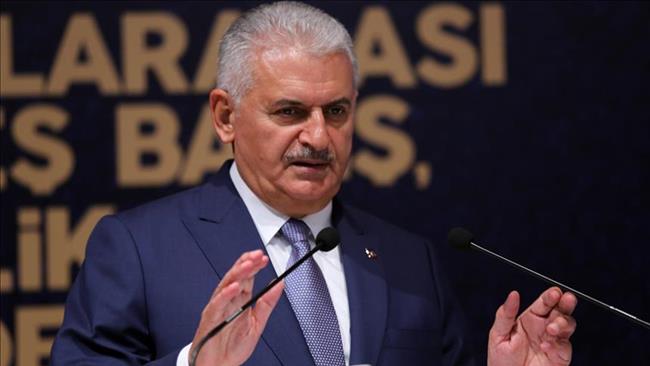 TEHRAN, Young Journalists Club (YJC) - Speaking in the central Turkish province of Corum on Thursday, Yildirim said Turkey, Iran and Iraq were doing their best to overcome “the crisis” caused by the secession vote with the minimum damage.

“No matter how you look at it, this referendum will not bring tranquility, brotherhood, and peace to the region. In this regard, Turkey considers it as null and void,” he added.

“Just as we did not allow the fire which burned in Syria to spread to our country, hopefully, we will stop the attempted instigation in Iraq,” Erdogan told a police graduation ceremony at the Presidential Palace in Ankara.

“New Lawrences [of Arabia] will not succeed this time. I want you all to know this,” Erdogan said in reference to British Lieutenant T.E. Lawrence, who was connected to the Arab revolt against the Ottoman Empire in World War One.

The report came as Turkish military trainers had been instructing the Kurdish troops in the campaign against Daesh terrorist group since late 2014.

Kurdish officials said on Wednesday that the referendum on independence from Iraq was approved by more than 92 percent of the voters.

Hendrin Mohammed, the head of the Kurdish region's election commission, announced the official results at a press conference in Erbil, saying the referendum passed with 92.73 percent support, and turnout stood at more than 72 percent.

Mohammed said vote counting was complete and that the results would be considered final once they were certified by the Kurdish region's department of justice.