TEHRAN, September 29 -Iraqi armed forces have launched the second phase of a military operation to liberate the northern town of al-Hawijah, one the last remaining bastions of the Takfiri Daesh terror group in the country. 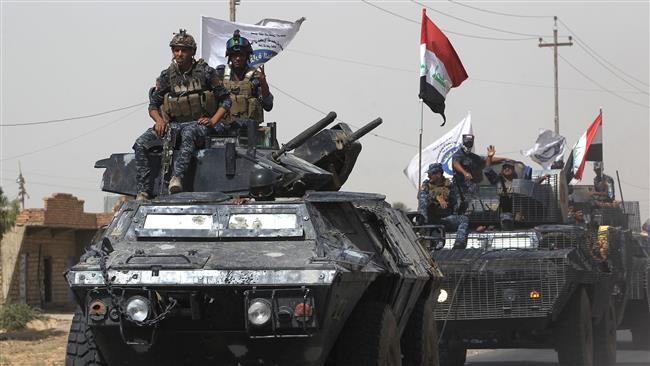 “A huge military operation has begun to liberate Hawijah and its surrounding areas,” said the commander, adding that the new offensive also focuses on the towns of al-Abbasi, Riyadh and Rashad to the west, east and south of Hawijah.

raqi Prime Minister Haider al-Abadi also hailed the new stage of the Hawijah liberation operation and said, “As we promised the sons of our country, we are going to liberate every inch of Iraqi land and crush the Daesh terrorist gangs.”
“We are on the verge of a new victory to liberate the residents of these areas from those criminals,” said the premier.

The first phase started out on September 21, featuring operations aimed at freeing a Daesh enclave surrounding the town. It led to the recapture of the nearby town of Sharqat on its second day.

The Hawija enclave is one of just two areas of Iraq still held by Daesh terrorists, along with a stretch of the Euphrates Valley near the border with Syria.
The outfit started its terror campaign in the Arab country in 2014. It soon overran vast expanses of its soil.

With the help of Hashd al-Sha’abi forces, Iraqi government troops then bagan to push back against the terrorists. The joint forces retook Ramadi, the capital of the sprawling western province of Anbar, in December the next year, in the most decisive victory against the terrorists until that date.

Daesh has, ever since, been losing district after district in the face of advances by the Iraqi army and allied forces.

Most notably, the terror group lost the northern city of Mosul, its last urban Iraqi stronghold, in July.

Earlier in the week, Iraqi forces foiled a push by the Takfiri terrorists to stage a comeback in Ramadi.