TEHRAN, September 30 - Iranians are preparing for the biggest mourning processions of the month of Muharram in the Islamic lunar calendar on Saturday and Sunday (Tasua'a and Ashura mourning ceremonies). 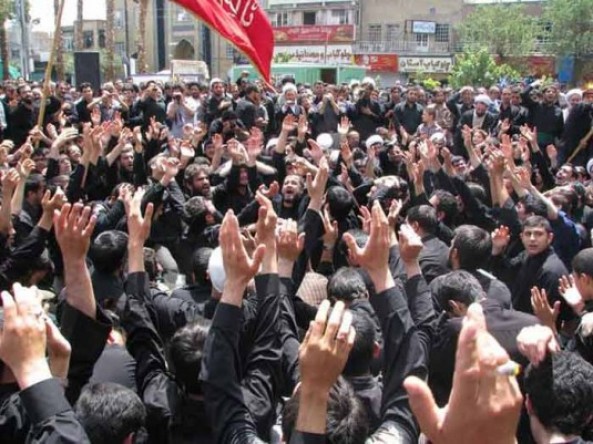 TEHRAN, Young Journalists Club (YJC) - The two days known as Tasua and Ashura mark the battle of Karbala and the martyrdom of the third Shia Imam and Prophet Muhammad’s grandson, Imam Hussein, and his companions including his brother Abolfazl al-Abbas.

Black-clad mourners are going to take to the streets across Iran to take part in the ceremonies of Tasu’a, the ninth day of the lunar month of Muharram.

During the ceremonies, eulogies are recited and sermons delivered in honor of one of the sacred figures of Shia Islam and his 72 companions.

Imam Hussein, the grandson of Prophet Muhammad (PBUH), and his companions were martyred in the Battle of Karbala, in southern Iraq, in 680 AD after fighting courageously for justice against the much larger army of the Umayyad caliph, Yazid I, which some historians estimate to have been some 100,000-strong.

Tasu’a, known as the Day of Loyalty and Resistance, is devoted to Abbas ibn Ali, the half-brother of Imam Hussein, because of his sacrifices in the Battle of Karbala.

Large numbers of Iranians have joined Shia Muslims of different nationalities in rituals in the Iraqi cities of Najaf and Karbala. The latter is home to Imam Hussein’s shrine.

Mourning processions are also underway in Afghanistan, Pakistan, the Republic of Azerbaijan, Turkey, Kuwait as well as Lebanon. Similar ceremonies will be staged in Europe, America and Africa later in the day.

Traditionally in Iran, people distribute Nazri (food offerings) among their neighbors, family and the needy during Muharram. Free food is also offered to people who participate in mourning ceremonies.

Muharram ceremonies represent the never-ending and unswerving stance of truth against mendacity and the humanity’s struggle against tyranny, the cause for which Imam Hussein sacrificed his life.

Imam Hussein and his companions were martyred on Ashura, the 10th day of Muharram, which falls on October 12 this year.