TEHRAN, September 30 - The Kurdistan Regional Government (KRG) has refused to relinquish control of its border crossings to the Iraqi government as Arab-Kurd tensions simmer in light of Monday’s referendum on the independence of the semi-autonomous Kurdistan region from the rest of the Iraqi territory. 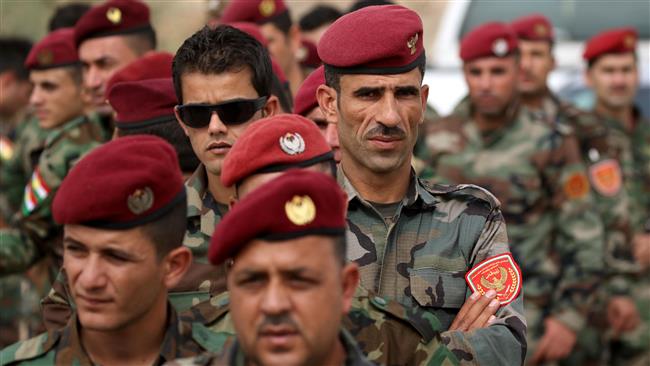 A ban on international flights into and out of the Kurdish region took effect on Friday in response to the independence referendum.

Earlier in the week, Abadi had called for the return of jurisdiction over all land and air border-crossings in the Kurdish region to the central government in Baghdad within three days.

The Iraqi prime minister further noted that Baghdad would suspend all international flights to and from the Kurdistan region.

“We will protect the rights of all Iraqis, including our Kurdish citizens. We will not punish them for the mistakes of regional officials,” Abadi pointed out.

On Wednesday, Turkish Prime Minister Binali Yildirim told his Iraqi counterpart Haider al-Abadi in a call that Ankara would break with past agreements on oil trading with Kurdistan region and deal only with the Baghdad government over oil exports from Iraq.

Turkish officials later said it had stopped training Peshmerga forces in northern Iraq in response to the Kurdish independence vote.

Turkish military trainers had been instructing the Kurdish troops in the campaign against Daesh terrorist group since late 2014.

Kurdish officials said on Wednesday that the referendum on independence from Iraq was approved by more than 92 percent of the voters.

Hendrin Mohammed, the head of the Kurdish region's election commission, announced the official results at a press conference in Erbil, saying the referendum passed with 92.73 percent support, and turnout stood at more than 72 percent.

Mohammed said vote counting was complete and that the results would be considered final once they were certified by the Kurdish region's department of justice.