TEHRAN, September 30 - The broad-based US tax cuts proposed by US President Donald Trump this week would mostly benefit the very wealthy while lowering government revenues by $2.4 trillion over 10 years, according to an analysis. 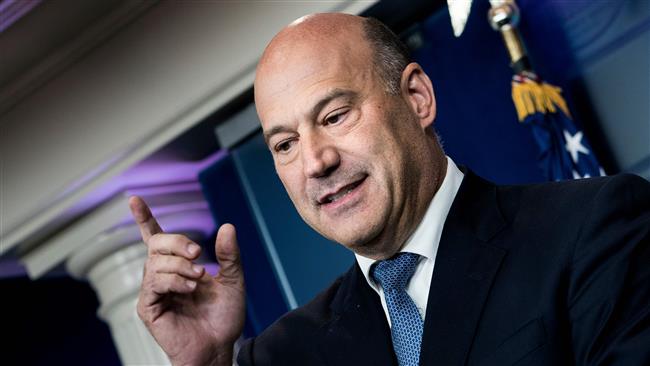 TEHRAN, Young Journalists Club (YJC) - The top one percent of US earners, or those making more than $730,000 a year, would receive about half of all tax benefits created by the Republican plan, with their after-tax incomes rising by an average of 8.5 percent, according to the Tax Policy Center, a nonpartisan think tank based in Washington DC.

While most income groups would see lower taxes on average in 2018, some middle-class taxpayers would end up paying higher taxes in a decade, according to the analysis.

"Despite the president's promises, it is implausible that this plan would permanently boost the economy," Howard Gleckman, a senior fellow at the Tax Policy Center, wrote in the report.

"Trillions of dollars in lost revenue would add to the federal debt, raise interest rates, and make it more costly for businesses to invest," he added.

Democratic lawmakers in Congress continued to criticize the plan on Friday, which they have described a giveaway to the rich.

Trump’s senior economic advisor Gary Cohn said Thursday the plan would be a boon to the middle class and create prosperity for all, by increasing growth to pay for the tax cuts. However, Cohn said he could not guarantee that every taxpayer would see a tax cut.

Trump joined Republicans lawmakers this week in announcing the plan, which would be the biggest US tax overhaul in three decades.

The plan calls for cutting corporate taxes from 35 percent to 20 percent. It would also lower the top individual tax rate, paid by high-earning American individuals, from 39.6 percent to 35 percent.

The proposal must be turned into legislation before being implemented, but analysts were skeptical that Congress could approve a tax bill this year.

Business lobbies praised the plan this week, saying it would revive struggling industries and increase employment. American companies have persistently campaigned for lower corporate tax rates and for a simplified tax code, arguing that they restrain economic activity and prevent hiring.

However, a recent study found that lowering tax rates on corporate dividends, which became effective in 2003, did not encourage corporate investment.

The Trump administration argues that its tax cuts will lead to an economic boom and increase federal revenues, preventing a rise in the budget deficit. The Reagan and Bush administrations made similar claims but the debt soared in both instances.