TEHRAN, September 30 - South Korean media say the North has been detected transferring several missiles out of a research facility in its capital amid speculations of a new test launch by Pyongyang. 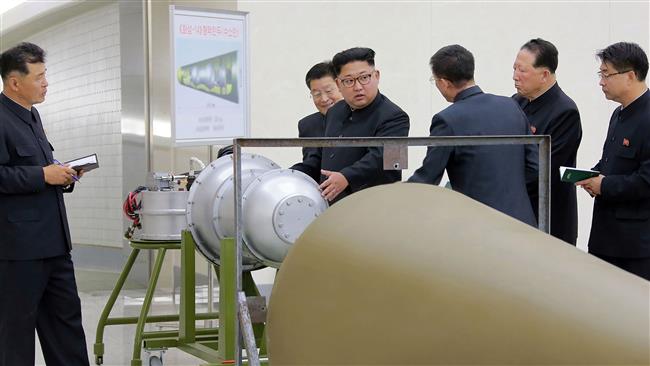 The facility, located in the northern Pyongyang neighborhood of Sanum-dong, has been dedicated to the production of intercontinental ballistic missiles (ICBMs).

The report did not, however, mention time and target location of the alleged transfer, speculating that the missiles could be either intermediate range Hwasong-12 or intercontinental ballistic Hwasong-14.

Moreover, Reuters also cited a source from the South Korean Defense Ministry as saying that he could not confirm the details of the report, and whether there have even been any unusual activities in the specified area.

Authorities in Seoul have raised concerns that Pyongyang could carry out more provocative acts marking the anniversary of the founding of the country’s communist party on October 10, or possibly when China holds its Communist Party Congress on October 18.
Many fear the North could conduct an atmospheric nuclear test to mark the 72nd anniversary of the Workers’ Party of Korea.

The South Korean government warned on Thursday that Pyongyang was “highly likely” to continue military provocations in the build-up to the October celebrations.

Pyongyang caused an uproar when it conducted its sixth and biggest nuclear test on September 3. The nuclear test significantly raised already high tensions with the United States, South Korea and Japan.

North Korea is under growing international pressure over its missile and nuclear programs and has been subjected to an array of sanctions by the United Nations.

However, Pyongyang says it needs to continue and develop the militray programs as a deterrent against hostility by the US and its regional allies, including Japan and South Korea.

Earlier this month, the US flew bombers over waters east of North Korea, and Pyongyang said afterwards that it had every right to shoot down those planes.

Washington has deployed thousands of troops on South Korean and Japanese soil. It has also installed so-called THAAD missile systems in the South.

Pyongyang wants its neighbors to end their close military ties with the US.

In another development on Saturday, US Secretary of State Rex Tillerson arrived in China for talks with senior officials of the country, with the North Korea issue expected to be on the agenda of the visit.
Tillerson met with his Chinese counterpart, Wang Yi, in Beijing, where they discussed US President Donald Trump’s upcoming Asia tour.

Washington has repeatedly urged Beijing to exert more economic pressure on Pyongyang over its military program.

China has backed a slew of new United Nations sanctions against the North, but argues that restrictive measures must be coupled with efforts to organize a peace process over the issue.