Hezbollah chief calls for end to Saudi aggression on Yemen 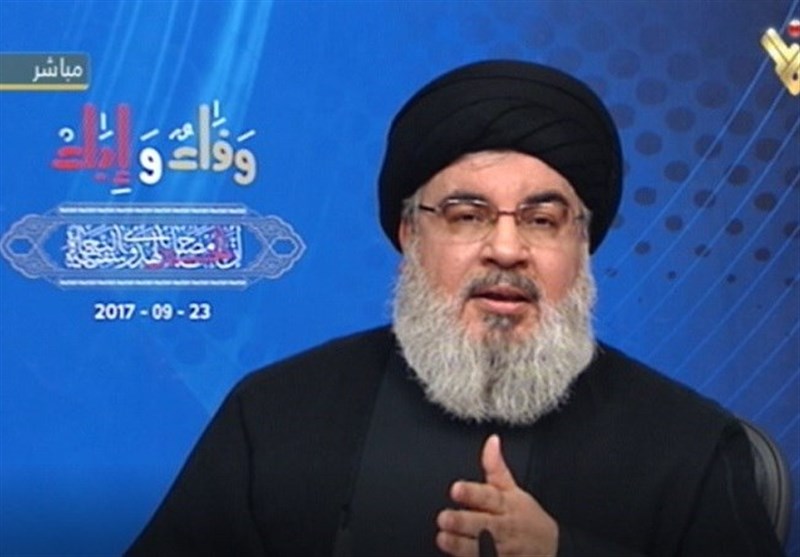 TEHRAN, Young Journalists Club (YJC) - “We ask, once again, that the oppressive war against Yemen, a war in which Saudi rulers have failed to achieve their objectives, ought to stop,” Nasrallah said Sunday in an address to a gathering of Lebanese people mourning Ashura, the martyrdom anniversary of Imam Hussein (AS), the third Shiite Imam.

He underlined that the people of Yemen have demonstrated their resolve for resistance against aggression.

They know that their only option against the invasion is resistance and believe that the cost of the war, though high, is less than their surrender to the Saudis, he added.

Since March 25, 2015, Saudi Arabia and some of its Arab allies have been carrying out airstrikes against the Houthi Ansarullah movement in an attempt to restore power to fugitive former president Abd Rabbuh Mansour Hadi, a close ally of Riyadh.

Yemen’s Legal Center of Rights and Development recently announced that the Saudi campaign has claimed the lives of over 12,000 Yemenis and left more than 20,000 others wounded.

Elsewhere in his remarks, the Hezbollah chief warned that the Israeli regime under “idiotic” Prime Minister Benjamin Netanyahu is pushing the region into war.

Netanyahu “is only planning for war,” Nasrallah said, adding that the Israelis do not have “a correct assessment of where this war will lead if they ignite it.”

He said they “do not have a correct picture about what is awaiting them if they go to the idiocy of this war.”

Nasrallah also called on Israeli settlers to leave the occupied Palestinian territories and return to their countries of origin as they would have neither time nor place to escape after the beginning of an Israeli war on Lebanon and other regional countries.

“If this war happens, the Zionist settlers will pay a heavy price, and the entity will reach its demise,” he said.

Israel launched two wars on Lebanon in 2000 and 2006, in both of which Hezbollah fighters inflicted heavy losses on the regime’s military. Over the past few months, Israeli officials have threatened another war on Lebanon.