TEHRAN, October 2 - Indian and Pakistani forces have engaged in another cross-border fighting, reportedly leaving three civilians dead on opposite sides of the disputed border dividing the Himalayan Kashmir region. 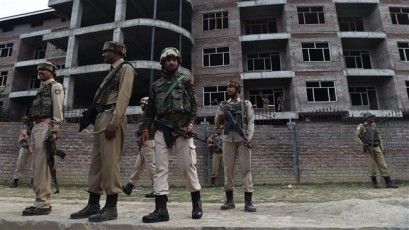 TEHRAN, Young Journalists Club (YJC)-Indian police said in a statement that Pakistani fire killed a 10-year-old boy and a teenage girl in the Poonch district of Jammu and Kashmir on Monday morning. Five civilians also sustained injuries during the exchange of fire, they added.

He described the fight as “intermittent but fierce,” according to the daily’s website.

Hussain added that shelling had left a 70-year-old man identified as Muhammad Deen dead in the village of Digwar. Five other people were also wounded in the incident, he added.

The official said soon after the beginning of shelling, he had ordered the closure of all education institutions in vulnerable areas to avert any casualties of students and teachers.

“Since there is no let up in shelling, exact details of losses cannot be ascertained immediately,” Hussein said.

Residents said panic had gripped the areas along the LoC due to intense shelling from across the border.

There has been a new hike in border tensions between Pakistan and India in recent days.

Islamabad said over the weekend that two civilians and a soldier were killed as Indian forces fired on Pakistani positions Friday.

New Delhi regularly accuses Pakistan of arming and training militants and allowing them across the restive frontier in an attempt to launch attacks on Indian forces. Pakistan, however, strongly denies the allegation and accuses India of committing “war crimes" in Kashmir and “exporting terror” to Pakistan.

People in the Muslim-majority Kashmir have for years demanded independence or a merger with Pakistan. India has ignored the call and continues to police the region with a 500,000-strong military force. About 70,000 people have been killed in India’s crackdown in Kashmir since 1989.