TEHRAN, October 4 - Iranian Foreign Minister Zarif said Tuesday that Omani and Qatari officials have shared his views on the need for putting an immediate end to the humanitarian crisis in Yemen. 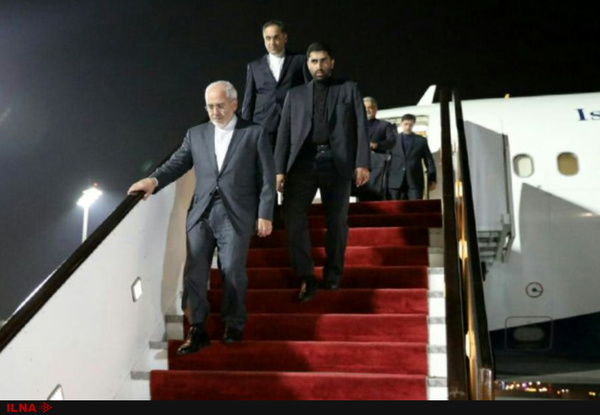 “We have also begun good cooperation with Qatar in the economic sector, especially after the pressures placed on the country by its neighbors. I have held highly constructive talks with Qatar’s Emir, foreign and economy ministers during my visit there,” Zarif said.

The Iranian diplomat went on to add that regional issues had also come up during his talks with Omani and Qatari officials, particularly issues related to Syria, the need for preserving the territorial integrity of Iraq in the wake of the KRG independence referendum, as well as the humanitarian crisis in Yemen and the need for putting an immediate stop to Saudi coalition’s airstrikes on Yemeni people and facilitating humanitarian aid delivery and reaching a political solution.

Zarif stressed that Iran’s views on Yemen were very close to Qatar and Oman, and he would continue the talks on the issue with the two sides.

“About the Syrian situation and given our differences with Qatar on the issue in the past, it is necessary for us to have more consultations in this regard; however, there is this political willingness for having more extensive talks with all countries on ending the suffering of Syrian people,” Zarif said.

“About Iraq, there is an international consensus at the moment in opposition of the independence referendum and the need for respecting Iraq’s territorial integrity and national unity, and then the start of internal talks between Iraqi parties in order to reach a political solution between all sides,” he added.

Zarif further voiced hope for all Persian Gulf littoral states to accept the necessity of cooperation and mutual understanding, saying Iran’s interests lie in all regional countries’ willingness to put aside the use of pressure and coercion in order to reach a solution approved by all.