TEHRAN, October 4 - The EU turned the screw on US tech giants Wednesday, ordering Amazon to repay Luxembourg 250 million euros in back taxes and taking Ireland to court for failing to collect billions from Apple. 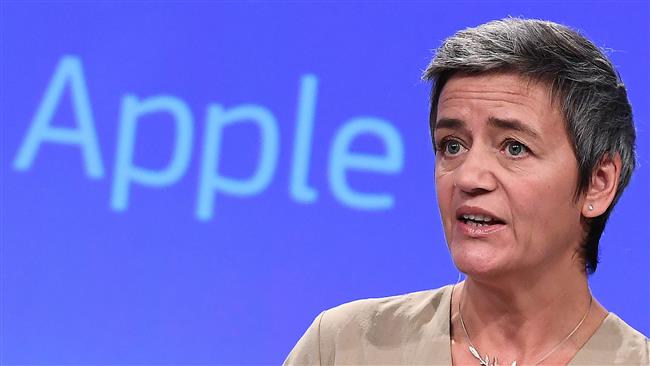 The two cases are part of a wider offensive by the EU on Silicon Valley behemoths as Europe seeks ways to regulate them more tightly on issues ranging from privacy to taxation.

"Luxembourg gave illegal tax benefits to Amazon. As a result, almost three quarters of Amazon's profits were not taxed," Vestager said in a statement.

The tax demand comes a year after the hard-charging Vestager ordered tech icon Apple to repay 13 billion euros ($14.5 billion) in back-taxes to Ireland in a decision that shocked the world.

In a sign that it was not letting up, the EU on Wednesday referred Ireland to the EU's highest court for failing to collect the bill.

"The European Commission has decided to refer Ireland to the European Court of Justice for failing to recover from Apple illegal state aid," the EU's anti-trust regulator said in a statement.

Vestager's announcement comes days after the EU said at a special digital summit that it was drawing up a special tax targeting Google and Facebook, a policy championed by French President Emmanuel Macron.

Vestager denied that the cases singled out tech giants from the US.

"It's not about the nationality of the companies. I take it very seriously. No bias, no matter your flag," she said.

Ireland said the referral to the EU court was "extremely disappointing", calling the decision "wholly unnecessary".

For its part, Amazon sharply rejected the allegations, arguing that it employs 1,500 people in Luxembourg and that its business remains unprofitable in Europe.

"We believe that Amazon did not receive any special treatment from Luxembourg and that we paid tax in full accordance with both Luxembourg and international tax law," it said in a statement, adding that it would study its legal options.