TEHRAN, October 4 - Heavily-armed men have attacked a court complex in the Libyan city of Misrata, killing at least three people and wounding nearly three dozen others. 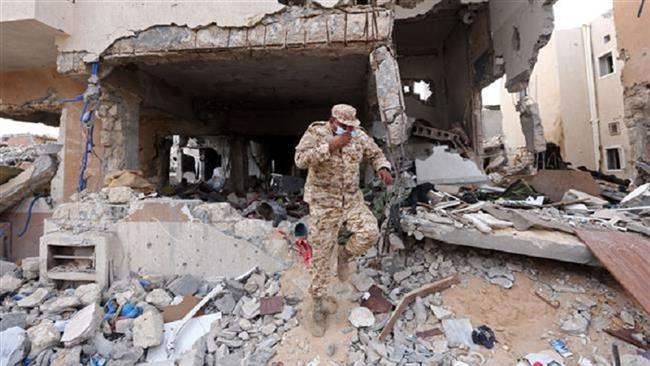 TEHRAN, Young Journalists Club (YJC) - A military alliance said on Wednesday that two attackers had carried out the deadly assault in the city, a large commercial port about 190 kilometers east of the capital Tripoli. There had been an explosion after a gun battle lasting about 20 minutes, it added.

Witnesses said Wednesday's attack was staged by several gunmen who drove up to the complex in central Misrata in a black vehicle.

"One of them blew himself up at the gate and the other two with Kalashnikovs opened fire at random," Reuters quoted a witness as saying. "Shooting could be heard all over the city center after the attack." The witness said he believed the attackers had used rocket propelled grenades.

The Misrata hospital confirmed in a statement that the attackers had killed three and wounded 35, listing the names of the victims.

The Daesh Takfiri terrorist group claimed responsibility for the attack, saying it had targeted "one of the most prominent strongholds" of Libya's UN-backed Government of National Accord (GNA).

Last year, an armed coalition led by forces from Misrata under the GNA's nominal command battled for more than six months to oust Daesh from the terrorist group's former stronghold in the coastal city of Sirte, which is located about 230 kilometers southeast of Misrata. Sirte, the major stronghold of Daesh outside Iraq and Syria, fell to the Takfiri terrorists in February 2015.

The terrorists, however, have increased their activity in recent weeks to the south and east of Sirte.

Daesh has been taking advantage of the chaos in Libya since the NATO-backed overthrow and death of longtime ruler Muammar Gaddafi in 2011.

Libya also remains divided between loose political and military alliances based in the east and west, which has resulted in a security vacuum in the center of the country.