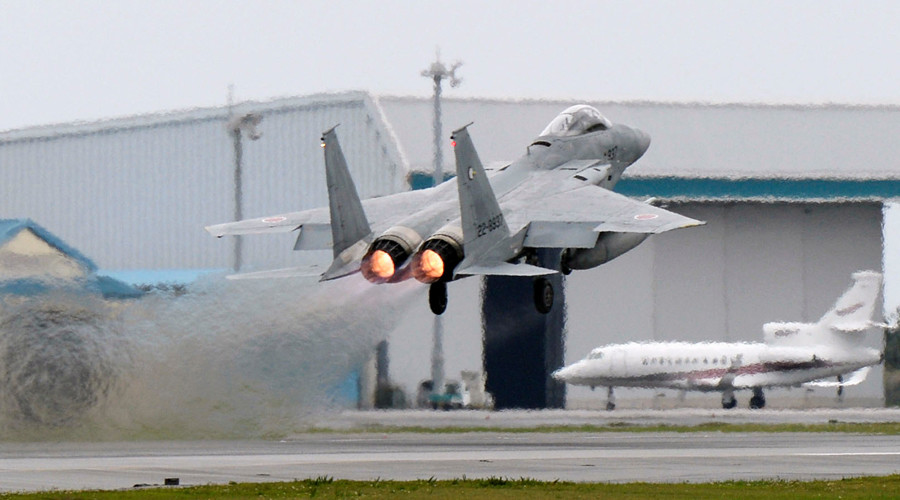 TEHRAN, Young Journalists Club (YJC) -The F-15 was taking off at the Japan Air Self-Defense Force (JASDF) base in Chitoseon on May 5 when one of the missile blades dropped off mid-flight, NHK News reported on Thursday.

The fighter jet was reportedly scrambled for an alert mission to intercept an unidentified aircraft.

Japanese Air Force jets have intensified their activities amid the ongoing Korean Peninsula crisis. In recent months, Japan’s F-15s have taken part in multiple aerial exercises run by the US command in Asia-Pacific.

There are currently over 150 F-15s in the JASDF fleet, assembled by Mitsubishi Heavy Industries. The air force expects 40 F-35 fifth-generation fighters to come into service within the next years.

Earlier, Japan signed a major arms deal with its main ally, the US, to purchase 56 advanced medium-range AIM-120C-7 air-to-air missiles from Raytheon.

The deal, worth $113 million, will “provide Japan a critical air defense capability to assist in defending the Japanese homeland and US personnel stationed there,” the Defense Security Cooperation Agency (DSCA) said in a statement on Wednesday.

The arms deal, pending approval by the US Congress, comes at the request of the Japanese government.

Missiles aside, it includes containers, weapons support and support equipment, spare parts, US government and contractor engineering, as well as technical and logistical support services.