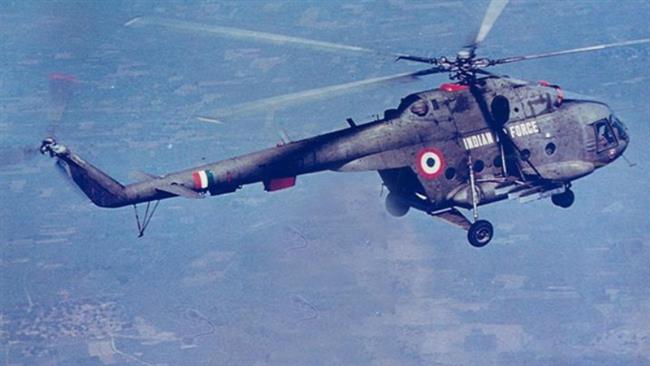 TEHRAN, Young Journalists Club (YJC) - The helicopter—a Russian-made Mi-17—went down during a routine flight in the mountainous Tawang area in the northeastern state of Arunachal Pradesh on Friday, said defense spokesman Suneet Newton.

He said that the cause of the accident was not immediately known.

According to an Indian official who spoke on the condition of anonymity, the helicopter that had both air force and army personnel on board was carrying supplies for Indian military posts close to the border with China.

India was recently involved in a military standoff with China over the remote, uninhabited territory known as Doklam, which is a thin strip of land in the junction with India's ally, Bhutan.

The standoff began in June, when New Delhi deployed troops to stop China building a road in the Doklam area, after the Bhutanese government issued a formal complaint.

India said China's military activity in the area was a threat to the security of its own northeastern region. China, however, said India had no role to play in the area and called on it to withdraw unilaterally or face the prospect of an escalation.

India eventually agreed to withdraw its forces and remove military equipment from the region.