Trump on North Korea: 'Only one thing will work' 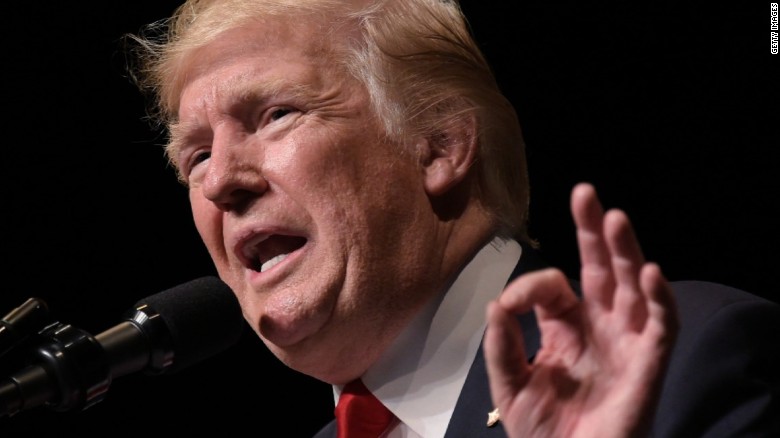 TEHRAN, Young Journalists Club (YJC) - President Donald Trump tweeted Saturday that 25 years of agreements with North Korea have failed, "making fools" of US negotiators, then he added cryptically that "only one thing will work."

In a pair of tweets sent Saturday afternoon, Trump said that past agreements with North Korea have all been violated.
"Presidents and their administrations have been talking to North Korea for 25 years, agreements made and massive amounts of money paid ... hasn't worked, agreements violated before the ink was dry, makings fools of U.S. negotiators," Trump wrote. "Sorry, but only one thing will work!"
Asked by reporters later Saturday about the cryptic tweet, Trump would only say: "You'll figure that out pretty soon."
Reached for comment on Trump's tweet, White House press secretary Sarah Sanders confirmed that all options are still on the table and that she had nothing further to add at this time.
This is not the first time the President has taken to the social media platform to challenge North Korea or its leader, Kim Jong Un, whom Trump has nicknamed "rocket man" over Pyongyang's continued development of nuclear weapons and ballistic missiles.
Responding to a UN speech by North Korea's foreign minister in September, Trump tweeted, "Just heard Foreign Minister of North Korea speak at U.N. If he echoes thoughts of Little Rocket Man, they won't be around much longer!"
Saturday's tweets came just two days after Trump said the US will "do what we must do" to prevent further threats from North Korea.
"We cannot allow this dictatorship to threaten our nation or our allies with unimaginable loss of life," he said at a meeting with top military officers.
"We will do what we must do to prevent that from happening, and it will be done if necessary, believe me."
Those comments came less than a week after Trump tweeted that Secretary of State Rex Tillerson was wasting his time in trying to open channels of negotiation with North Korea.
"Save your energy Rex, we'll do what has to be done!" Trump tweeted from his personal account on Sunday.
He followed up five hours later with another tweet, declaring, "Being nice to Rocket Man hasn't worked in 25 years, why would it work now?" referring to North Korea's Kim Jong Un, who inherited the mantle of leadership from his father in 2011.
Trump said past White House administrations had been unsuccessful. "I won't fail," he declared.
Source: CNN
Share to
Related News
Donald Trump in Twitter row with Corbyn & Hunt as he attacks Britain’s ‘broke’ NHS
US Can't Accept Nuclear N Korea But 'Diplomacy is the Only Way to Deal With It'
Kim Jong-un promotes sister Kim Yo-jong to North Korea's centre of power
Tags
Trump ، North KOrea ، KIm JOng un ، USA ، Sarah sanders
Your Comment