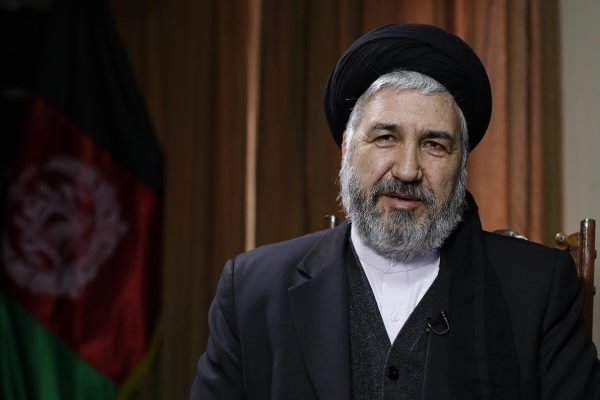 TEHRAN, Young Journalists Club (YJC) - Alemi Balkhi said that the situation of the Afghan refugees in Iran has improved comparing to the past, noting that Ayatollah Khamenei with his decree allowing all Afghan immigrant students to educate, has made a great contribution to Afghanistan's science and knowledge.

Afghan minister stated that in the past, the children of immigrants who did not have legal documents were not allowed to educate in the Islamic Republic of Iran, but according to the talks between the Afghan and Iranian officials, details of which were presented to Ayatollah Khamenei, he ordered the Ministry of Education of the Islamic Republic of Iran that all Afghan immigrant children should be admitted to Iranian schools.

Alemi Balkhi asserted that 70,000 non-Afghan students were enrolled in Iranian schools by the previous year.

Pointing to tuition problem for parents of Afghan students, he said the refugees were also exempt from tuition fees following the talks between Iran’s VP Jahangiri and the Afghan government.

“Education is one of the most important and vital issues regarding the future of a country; every country flourish and grow based on its literacy, science and expertise; if the children of Afghanistan are well-educated and literate, something very important, vital and fundamental has happened for our dear country, Afghanistan,” he noted.

Afghanistan’s immigration minister asserted that all Afghan refugees currently residing in Iran are either permanent or temporary residents. In this regard, he stated, the undocumented refugees were prosecuted in the past, but fortunately, they now go to schools with a temporary residency permit.

Iran has been hosting large numbers of Afghan refugees, who have fled war and conflicts in their country. In recent years, Tehran has been urging the Afghan nationals to return home voluntarily to contribute to the reconstruction of their homeland. More than 350,000 Afghan refugee children are now in school in Iran while some 48,000 undocumented Afghan children were allowed last year to enroll for the first time in Iranian public schools.