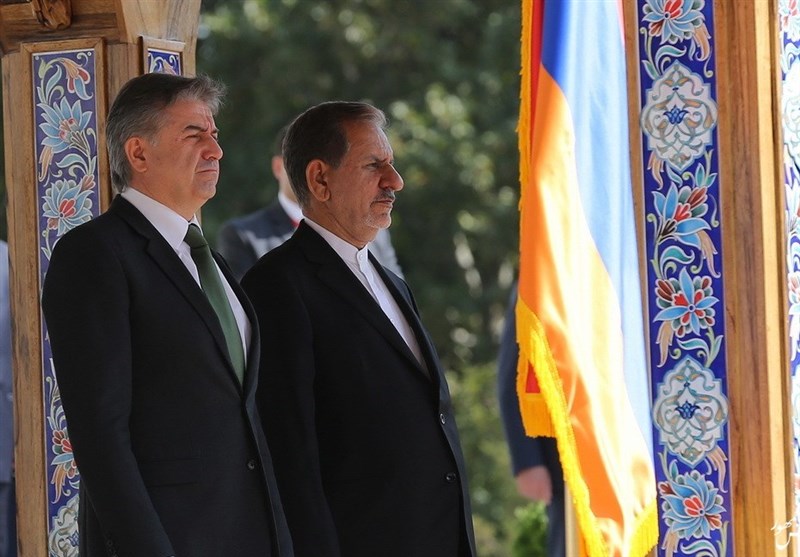 TEHRAN, Young Journalists Club (YJC) - “Iran is after developing relations with its neighboring countries. Armenia is of very important place for Iran’s foreign policy,” Jahangiri said in a press conference with Karapetyan.

“We put no limitation for economic, political and cultural cooperation with Armenia,” he added.

Armenia could be a bridge between Persian Gulf and Black Sea, he said, adding Aras Free Zone is a good opportunity for participation of private sectors of Iran and Armenia and, “We hope that Iranian private sector and businessmen could use the chance of developing bilateral ties.”

Karapetyan, for his part, stressed his country’s willingness for presence of Iranian companies in Armenia market.

“We are ready to increase the volume of financial exchanges between the two countries and remove barriers,” he continued.

He then invited Jahangiri to pay an official visit to Armenia to reach a final conclusion of the talks.