TEHRAN, October 9 - The Iraqi government has decided to impose control over mobile phone operators in the Iraqi Kurdistan Region and to relocate their headquarters to Baghdad as part of punitive measures taken in response to last month’s secession referendum in the region. 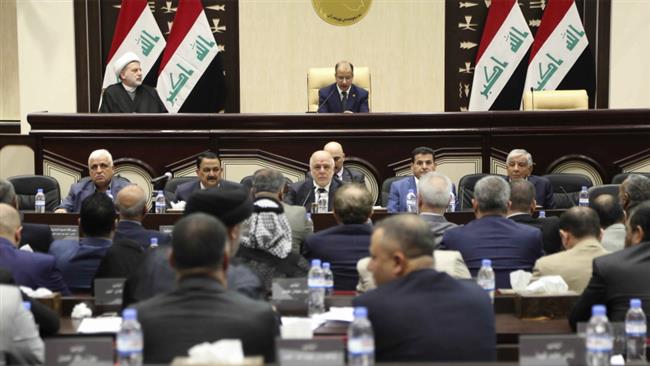 TEHRAN, Young Journalists Club (YJC) - "The government committee for national security has decided that all mobile phone networks must be under the federal control and should be moved to Baghdad," the government said in a statement following a cabinet meeting on Monday.

The statement didn't identify the networks, but the measure is believed to be directed at Korek and Asiacell, based in Erbil, the local capital of the Kurdistan region, and the Kurdish city of Sulaymaniyah, respectively. Iraq's third operator, Zain, is based in Baghdad.

Nor did the statement elaborate on how the measure would be implemented and whether their licenses would be repealed by the central government if they didn't comply.

Baghdad has taken a series of measures against the Kurdistan Regional Government (KRG), including a ban on international flights into and out of the Iraqi Kurdistan Region in response to the non-binding referendum.

Much of the international community has been vocally critical of the September 25 referendum. Kurdish officials claim that over 90 percent of the voters in the semi-autonomous region have said ‘Yes’ to separation from Iraq.

With the impasse continuing, the speaker of Iraq's parliament met with Kurdish leader, Masoud Barzani on Sunday.

“We met to stop the deterioration of relations between the center and the region,” Salim al-Jabouri said in a statement after his meeting with Barzani.

The visit, however, drew a strong condemnation from Iraqi parliamentarians.

Iraqi MP Humam Hamoudi slammed Jabouri’s meeting with Barzani as “disappointing” and “unfortunate,” stressing that the legislative body’s leader went to Erbil in a personal capacity, not as parliament’s representative.

The Iraqi government also rejected the decisions taken following a recent meeting between the Kurdish leader and Iraqi officials as not binding.

The Iraqi government spokesman, Saad al-Hadith, also said on Sunday that the administration was “not committed” to decisions taken following meetings between Barzani and Iraqi vice presidents, Ayad Allawi and Osama Al Nujaifi, in Sulaimaniya on Saturday.

The trio reportedly agreed on carrying out talks with an open agenda and to ensure ongoing meetings between Erbil and Baghdad but Hadith stressed that the meeting does not reflect the position of the Iraqi government.