In a sudden flurry, Trump looks to deliver for his voters

TEHRAN, October 14 -For the moment, U.S. President Donald Trump is going it alone. 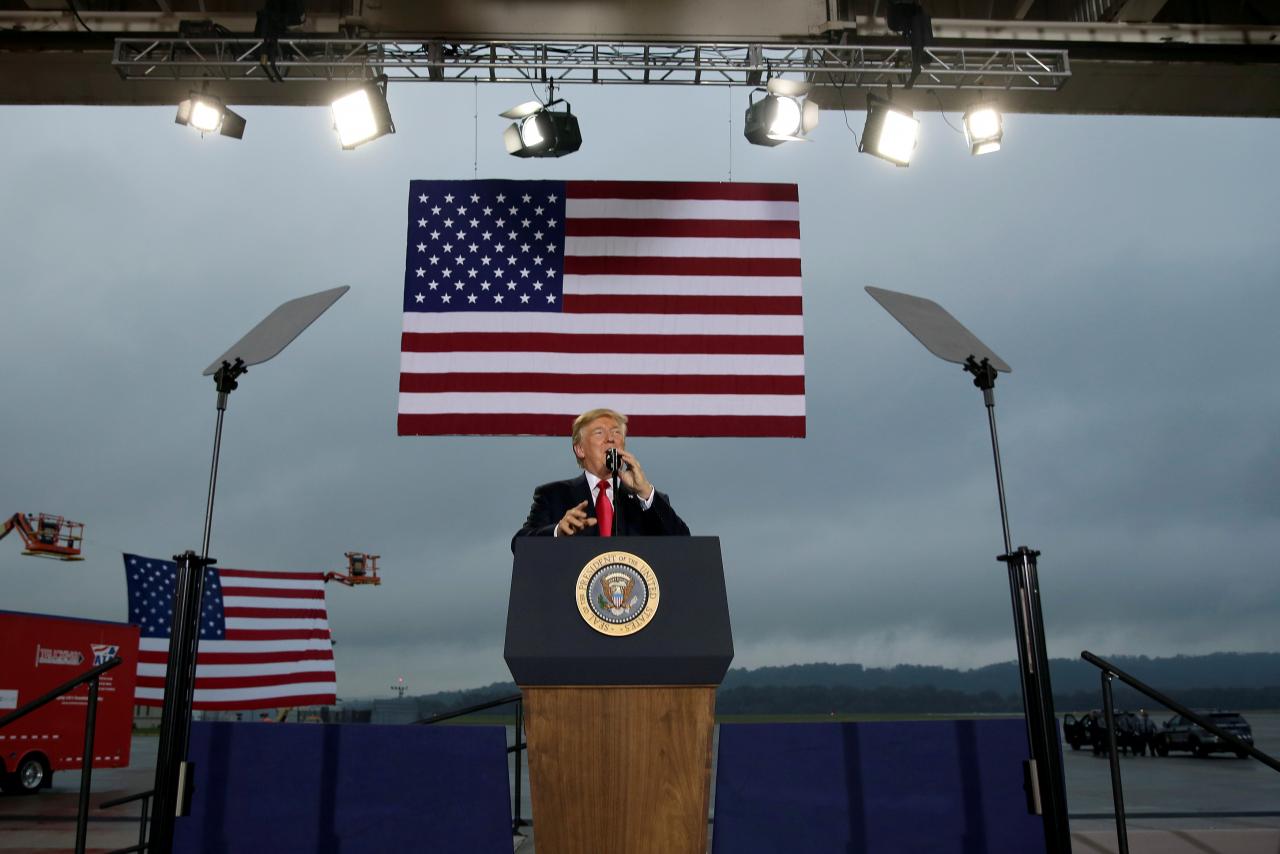 TEHRAN, Young Journalists Club (YJC) -After weeks of seeing his agenda imperiled by Republican divisions and infighting among his aides, Trump has been a whirl of activity this week, reasserting his campaign priorities and trying to deliver wins for his fervent but frustrated base of supporters.

Trump took steps to dramatically undercut the Obamacare health system, sent notice he was willing to scuttle the nuclear deal with Iran, moved to roll back coal-plant limits, and again demanded a wall along the Mexican border.

And on social media the Republican president appeared to relish his feuds with the news media, senior Republicans in Congress, and National Football League players who have protested during the national anthem.

In a sense, it was the vintage, freewheeling Trump: throwing red meat to his voter base, following his gut, and haranguing his critics.

But by the end of the week, he had made more progress in undoing the policy accomplishments of his Democratic predecessor, Barack Obama, than he had in some time.

“Trump knows he has to make good on several of his campaign promises,” said Ford O‘Connell, a Republican strategist. “The clock is ticking, Congress is useless and portions of his base are growing frustrated.”

At the same time, there is still chaos and uncertainty in the White House, so much so much so that Trump’s chief of staff, John Kelly, took the unusual step of telling reporters that he was not resigning. Meanwhile, the job status of his secretary of state, Rex Tillerson, appears to remain tenuous.

The timing of some of Trump’s measures this week was driven by external deadlines, especially in the case of the Iran deal. And his administration has also been occupied by a spate of deadly hurricanes and the shooting spree in Las Vegas, which have hampered its ability to move forward on its policy agenda.

But Trump this week was also sending a clear message: that he plans on doing as much as he can without waiting for Congress to act.

When he sat in the Oval Office, Obama defiantly declared that he would circumvent a hostile Congress by using a “pen and a phone,” issuing executive orders where possible.

And when Trump ran for president last year, he frequently said that only he “alone” could fix the nation’s problems.

But once he took office, Trump attempted to follow the lead of Republicans on Capitol Hill, and he watched with dismay how little movement was made on priorities such as healthcare, immigration, and national security.

Trump, too, remains bothered by another time he deferred to congressional Republicans and supported incumbent Senator Luther Strange in a divisive primary fight last month in Alabama.

Strange lost to Roy Moore, an archconservative backed by Trump’s former adviser, Steve Bannon, with many of Trump’s core supporters voting for Moore.

The loss came after Trump alarmed some conservatives by saying he could cut deals with Democratic congressional leaders Chuck Schumer and Nancy Pelosi to advance his agenda, particularly on providing relief from deportation for ”Dreamers” - immigrants brought to the country illegally as children.

That led to speculation that he was going to chart a more centrist course.

But there was little of that talk this week after the White House released a series of hard-line immigration proposals that stand to threaten any bipartisan deal. Pelosi called the proposals “trash.”

Trump, too, rejected the advice of Kelly, Tillerson, Defense Secretary James Mattis and other aides in decertifying the Iran nuclear deal, according to two administration officials, intent on staying true to his fierce criticism of the deal during the campaign.

Sam Nunberg, a former campaign aide to Trump, said Strange’s loss served as a reminder to Trump that he has to look after the interests of his political base.

“That was a big punch in the stomach,” Nunberg said, one that showed the president that “this is not a cult of personality. It’s about deliverables.”

“We’re going to have a very good opportunity to get this done in a bipartisan way” during negotiations in December on broad federal spending legislation, “if we can’t get it done sooner,” Schumer told reporters.

Trump offered an invitation for Democratic leaders to come to the White House, while also lashing out at them. “We’ll negotiate some deal that’s good for everybody. But they’re always a bloc vote against everything. They’re like obstructionists,” Trump told reporters.

The Senate failed in both July and September to pass legislation backed by Trump to repeal Obamacare due to opposition by a handful of Republican senators. One of them, Susan Collins, a moderate Republican from Maine who had been contemplating running for governor next year, on Friday said she planned to remain in the Senate and would use her voice in reforming the healthcare system.

The nonpartisan Congressional Budget Office has estimated that erasing the subsidies would increase the federal deficit by $194 billion over the next decade because the government still would be obligated under other parts of Obamacare to help lower-income people pay for insurance premiums.

Trump, who as a candidate last year promised to roll back the law formally called the Affordable Care Act, received applause for his latest action during an appearance on Friday before a group of conservative voters.

“It’s step by step by step, and that was a very big step yesterday,” Trump said. “And one by one, it’s going to come down, and we’re going to have great healthcare in our country.”

Earlier on Twitter he called Obamacare “a broken mess” that is “imploding,” and referred to the “pet insurance companies” of Democrats.