Factbox - Some Trump assertions on Iran questioned by experts 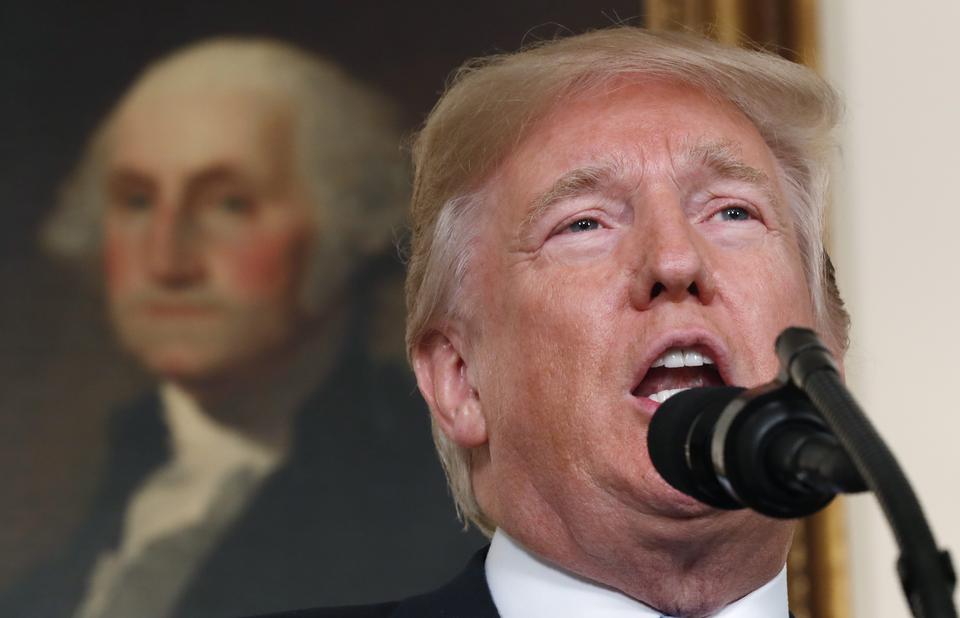 TEHRAN, Young Journalists Club (YJC) - Trump said he might terminate the deal under which Iran agreed to curb its disputed nuclear programme in return for the lifting of economic sanctions, and laid out a more aggressive approach to counter Iran’s ballistic missile programs and its support for militant groups.

Below are some of Trump’s controversial comments, along with analysis of their basis in fact.

TRUMP: “The previous administration lifted these sanctions, just before what would have been the total collapse of the Iranian regime, through the deeply controversial 2015 nuclear deal with Iran.”

Several foreign policy analysts said there was no reason to believe that the government of Iran, whose economy suffered from economic sanctions that targeted its oil industry, was close to falling apart.

“There is no evidence that I’ aware of that would suggest that regime was on the verge of collapse,” said Michael Singh, an expert with the Washington Institute for Near East Policy who served on Republican President George W. Bush’s National Security Council staff.

“The sanctions were having a pretty strong impact on the Iranian economy. Especially because of the oil sanctions, you had a real contraction of Iranian economy,” he said. “But saying anything beyond that is a matter of speculation.”

In fact, Singh argued, the pressure brought on Tehran from international sanctions “could actually help to unite factions within Iran” and thereby strengthen its rulers.

TRUMP: “The nuclear deal threw Iran’s dictatorship a political and economic lifeline, providing urgently needed relief from the intense domestic pressure the sanctions had created. It also gave the regime an immediate financial boost and over $100 billion (£75.26 billion) its government could use to fund terrorism.”

The $100 billion, in fact, already belonged to Iran and represented foreign assets blocked by sanctions. It was unfrozen with the lifting of international sanctions under the deal, formally called the Joint Comprehensive Plan of Action (JCPOA).

But, experts said that Tehran would see only a fraction of that sum because of debts it owed, including $20 billion to China for infrastructure projects. Various estimates put the actual amount Tehran received at between $60 and $35 billion.

In addition, roughly $1.7 billion was handed over to Iran that stemmed from an uncompleted arms deal between the United States and the government of the late Shah, which paid a $400 million deposit before being toppled in Iran’s 1979 revolution.

The remaining $1.3 billion represented interest owed on the $400 million, according to U.S. officials, who used the money as leverage to obtain the release of five U.S. citizens held in Iran. The Obama administration repaid the deposit with pallets of cash delivered by aircraft.

ON IRAN HAVING MADE MULTIPLE VIOLATIONS OF THE NUCLEAR DEAL

TRUMP: “The Iranian regime has committed multiple violations of the agreement. For example, on two separate occasions, they have exceeded the limit of 130 metric tons of heavy water. Until recently, the Iranian regime has also failed to meet our expectations in its operation of advanced centrifuges.”

The International Atomic Energy Agency (IAEA), the U.N. nuclear watchdog charged with monitoring the deal, says that Tehran is in full compliance – a judgment the Trump administration twice previously affirmed - and that “nuclear-related commitments undertaken by Iran under the JCPOA are being implemented.”

“At present, Iran is subject to the world’s most robust nuclear verification regime,” IAEA Director General Yukiya Amano said in a statement after Trump’s speech.

Iran has exceeded the 130-metric-ton cap on its heavy water stockpile and run more advanced centrifuges – the devices that purify uranium – than permitted by the deal and arguably exceeded the limits on its low-riched uranium supply.

But experts say that Iran quickly corrected all of the infractions and, most importantly, argued that Iran had not committed a deal-rupturing “material breach.”

“Multiple violations is an exaggeration. There are very few actual violations,” said Robert Einhorn, a nonproliferation expert who worked at the State Department under former President Barack Obama and is now at the Brookings Institution think tank.

“They sought to exploit any ambiguity in the text, but when they did that the United States pushed back and a reasonable outcome was reached in every case,” he said.