TEHRAN, October 15 - U.S. stock sectors that are particularly dependent on economic growth recently grabbed hold of the market’s rally and are poised to keep the reins should further signs of global expansion emerge. 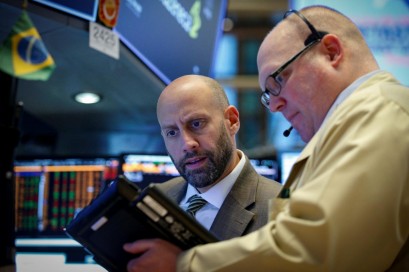 TEHRAN, Young Journalists Club (YJC) -U.S. stock sectors that are particularly dependent on economic growth recently grabbed hold of the market’s rally and are poised to keep the reins should further signs of global expansion emerge.

Such sectors, including energy, industrials and financials, beat the S&P 500’s 1.9 percent gain in September. Those sectors had previously lagged behind the benchmark S&P .SPX, which has climbed 14 percent this year while feasting on a steady diet of record highs. Instead, shares of technology and healthcare companies, whose profits are more impervious to economic down cycles, have led 2017’s rally.

The question for equity investors is now: Was September just a catch-up period for the lagging, cyclical sectors, or can an economic lift support a sustained run?

“If it’s just a mean-reversion trade, then it’s probably going to last another few weeks and then we’re back to the old winners,” said Walter Todd, chief investment officer at Greenwood Capital Associates in Greenwood, South Carolina. “If it’s something more fundamental, it should be longer lasting than that.”

The same areas showed strength on hopes that a Republican-led federal government would push through an agenda, including tax cuts and deregulation, that juices economic growth. Those trades faded as Trump struggled to rack up any significant legislative wins.

Now, investors say, September’s stock rally for those groups again stemmed at least in part from policy hopes, as Trump revved up his tax-reform push.

But an improving economic picture in the United States and globally lends confidence for the cyclical sector rally.

The Citi economic surprise index for the United States .CESIUSD, a measure of economic data that can come in weaker or stronger than forecast, is around a five-month high, with the barometer trending higher since hitting multi-year lows this summer.

This week, the International Monetary Fund upgraded its global economic growth forecast for 2017 by 0.1 percentage point to 3.6 percent, and to 3.7 percent for 2018, from its April and July outlook, driven by a pickup in trade, investment, and consumer confidence.

The U.S. Commerce Department last month revised its estimate for second-quarter gross domestic product growth to 3.1 percent, up from 3 percent.

“We’ve just had better data,” said Jim Paulsen, chief investment strategist at The Leuthold Group in Minneapolis, who also points to indicators such as firming industrial commodity and oil prices and a rise in the Baltic Exchange’s main sea freight index .BADI.

“Those things are all kind of reflecting a realism of economic momentum, not just a one-off, Trump pie-in-the-sky expectation about policy change,” Paulsen said.

Bets seemed to build on the cyclical sectors in the first week of October, which saw flows into the largest sector exchange-traded funds for financials (XLF.P), industrials (XLI.P) and energy (XLE.P), and outflows for technology (XLK.P) and healthcare (XLV.P), according to Lipper data.

“There is some momentum developing in these underperforming sectors,” said Anthony Saglimbene, global market strategist at Ameriprise in Troy, Michigan.

Earnings results could sway that momentum. Technology, which has gained 29 percent this year, topping all sectors, is expected to post a 12.2 percent increase in third-quarter profits, more than twice the expected rise for cyclical groups such as industrials and materials.

Kate Warne, investment strategist at Edward Jones in St. Louis, said global growth ”hasn’t been strong enough for investors to feel comfortable that we will continue to see the earnings delivered by those companies in the way that tech and healthcare have consistently delivered stronger earnings.”

“For the cyclicals to continue to outperform, we have got to see signs that economic growth globally is accelerating, even compared to what we have seen so far this year,” Warne said.