TEHRAN, October 15 -France says it remains determined to expand economic bonds with Iran even in the face of recent US threats against a landmark deal that helped resolve disputes over the country’s nuclear energy program in 2015. 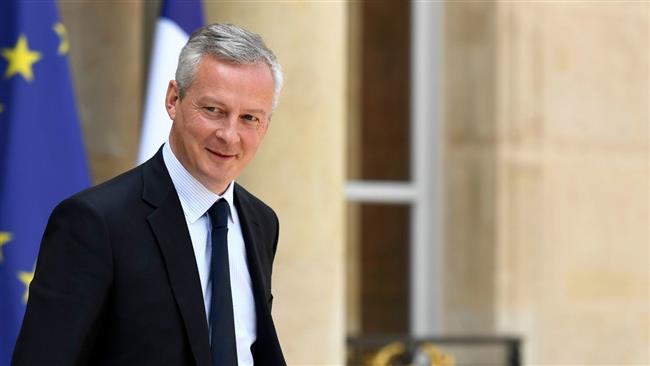 TEHRAN, Young Journalists Club (YJC) -France says it remains determined to expand economic bonds with Iran even in the face of recent US threats against a landmark deal that helped resolve disputes over the country’s nuclear energy program in 2015.

Iran’s media quoted Bruno Le Maire, the French finance minister, as telling his Iranian counterpart Masoud Karbasian in New York that Paris still considered the nuclear deal – which led to the removal of sanctions against Iran in early 2016 – as “an important accord”.

Le Maire emphasized that France would remain committed to the deal and would accordingly spare no effort in expanding economic relations with the Islamic Republic.

The remarks by the French minister followed a decision on Friday by US President Donald Trump to decertify Iran nuclear deal.

Trump’s announcement drew immediate reactions from the international community with America’s European partners – including France – insisting that they would struggle to keep the deal alive despite Washington’s threats to kill it.

Elsewhere in his remarks, Le Maire praised Iran’s efforts to promote its financial transparency, adding the country had also implemented an efficient mechanism to bring its banking activities under a close scrutiny.

The move, Le Maire said, was necessary for the further expansion of the Islamic Republic’s global monetary interactions. He added that Paris was ready to help Iran in that connection.

Karbasian, who was meeting the French minister on the sidelines of a World Bank meeting, said Iran was ready to promote relations with France in all areas.

He added that one important area of cooperation between the two countries was providing financial facilities by French banks to Iranian industries to press ahead with their projects.