TEHRAN, October 21 - A former UK deputy prime minister, who has been a vocal critic of leaving the European Union, says he still has friends in the Conservative Party of Prime Minister Theresa May who back his idea of killing Brexit. 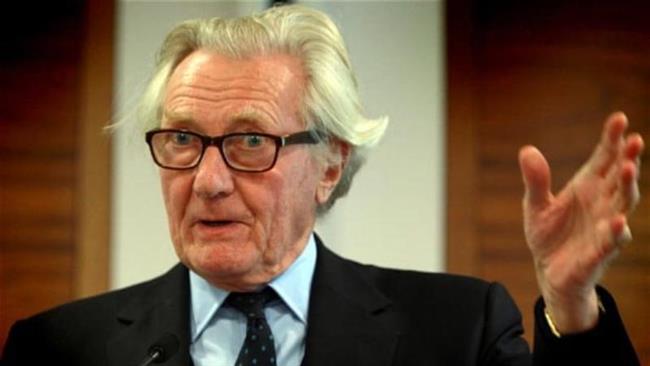 TEHRAN, Young Journalists Club (YJC) - Michael Heseltine, who was sacked by the prime minister back in March for a rebellion vote on Brexit in the House of Commons, told LBC on Saturday that Britain’s exit from the European Union is “a disaster.”

"I am in favor of anything that kills Brexit, Brexit is a disaster of unprecedented scale in peacetime, in my judgment," he said. “Whether it’s a second referendum, whether it is a general election, whether it’s revoked within the commons."

Heseltine claimed that there are “significant numbers of” conservative MPs, who support his view on Brexit, but would continue their loyalty to the government, so “we don't hear much from them.”

His remarks came as the prime minister has achieved not much in the Brexit negotiations since she triggered two-year negotiations with the Brussels in March. Back then May said that she intends to end Britain’s 44-year relationship in pursuit of a new place for the UK in the global order.

She has so far failed to achieve a breakthrough on the issue, even during this week EU summit in Brussels, where she hoped to have an opportunity to “take stock” of progress in talks.

The talks have stalled on all three of the key Brexit issues – an exit bill, the rights of the EU citizens and the fate of the border between Northern Ireland and Ireland. The UK has until March 2019 to leave the 28-member union to which it was a member since 1973.