TEHRAN, October 25 - Britain’s sales of military equipment to Saudi Arabia hit £1.1 billion in the first six months of this year, according to the latest government data. 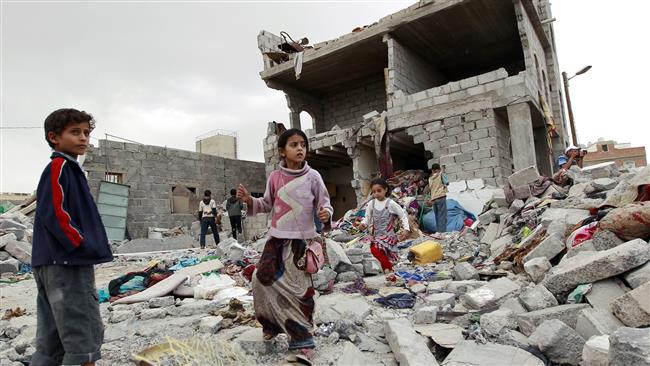 TEHRAN, Young Journalists Club (YJC) - The UK sold £836 million worth of arms and military hardware to the Saudi kingdom between April and June, up from £280 million between January and March, according to statistics by the Department for International Trade (DIT).

The latest export license figures come amid increasing concerns over the Saudi military’s bombing in Yemen, which has so far killed more than 12,000 people and destroyed much of the country’s infrastructure, including hospitals, schools and factories.

DIT has come under harsh criticism after it was disclosed that British soldiers had conducted demonstrations for weapons manufacturers. The department has not released the names of the countries that had attended the event.

It said identifying the delegations would “prejudice the relationship between the UK and other states.”

A freedom of information request by The Observer showed British forces took part in the event demonstrating the Firestorm targeting systems, used by Persian Gulf coalition forces carrying out airstrikes in Yemen.

The department noted that the rise in the value of licences was because of a single licence for almost £830 million, originally given in 2015 which expired without being completed.

The enormous sums were “shameful profiteering by the arms companies from a conflict which has killed thousands of civilians and subjected millions to famine and disease,” said the deputy leader of the Liberal Democrats, Jo Swinson, according to The Guardian.

“There is no justification for the UK to continue selling billions of pounds worth of weapons to Saudi Arabia while they continue their operation in Yemen,” Swinson added.

The UK government has always defended its decision to continue sending arms to Saudi Arabia, which just in October last year admitted to dropping two bombs on a funeral in Sana'a, killing 140 people and wounding 600 others.

Over the past two and a half years, Yemen has been under heavy airstrikes by Saudi Arabia’s warplanes as part of a brutal war against the Arabian Peninsula country in an attempt to crush the popular Houthi Ansarullah movement and reinstall the former president, Abd Rabbuh Mansur Hadi, a staunch ally of Riyadh.