TEHRAN, October 25- Greenpeace activists have presented the EU with a petition, signed by over 1.3 million people, calling on the bloc to ban a controversial Monsanto weedkiller called glyphosate over fears that the herbicide is a carcinogen. 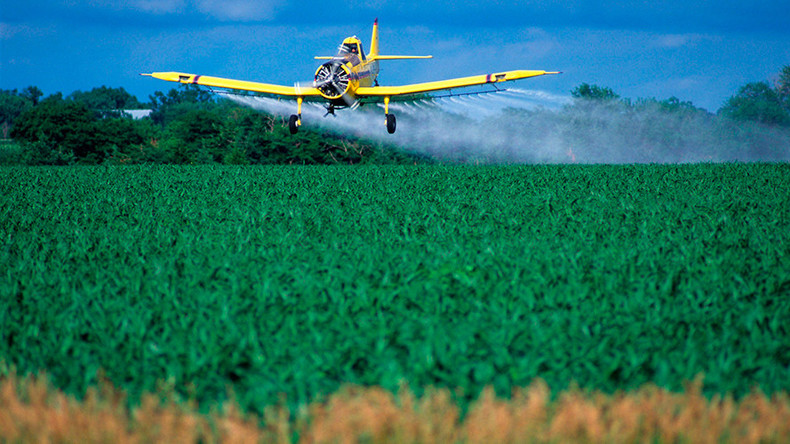 TEHRAN, Young Journalists Club (YJC) -The petition was handed to the European Commission who last December recommended that glyphosate’s license be renewed for the next decade.However on Tuesday, the European Union’s executive body proposed that the license be extended for a period of five to seven years while it investigates whether or not the chemical causes cancer.

And in a somewhat contradictory move and on the same day, the European Parliament approved a non-binding resolution calling for glyphosate to be banned by 2022.

On Wednesday, the 28 member states will vote on whether or not to renew its license. MEPs said the license should be renewed, but only for a period of five years, and criticised the commission's proposal, saying, it “fails to ensure a high level of protection of both human and animal health and the environment (and) fails to apply the precautionary principle," according to AFP.

They also called for an end to use of the chemical near public parks and playgrounds.
Speaking to reporters after turning over the petition to the Commission, Greenpeace EU director Jorgo Riss, said that, “the first action is for the European Commission not to reauthorize glyphosate.”

“This would mean a de facto ban of glyphosate in Europe,” he added.

However not everyone agrees with Riss. Graeme Taylor, from the European Crop Protection Association, said: “It's a real pity that MEPs allow themselves to be influenced by NGOs who claim to represent public opinion, but only represent hostility toward industry, and more worryingly, hostility toward science.”

Monsanto said glyphosate “meets or exceeds all requirements for full renewal under European law and regulation" and says the renewal procedure has in "many respects been hijacked by populism."

However, the recently released ‘Monsanto Papers’ revealed that the agro-giant manipulated studies and made a concerted effort to get scientists, the media, and the government on their side through a host of unscrupulous methods.