TEHRAN, October 27 -Lei Xu and Justin Song once worked at electric carmaker Tesla Inc (TSLA.O), one of the hottest companies in Silicon Valley. But with interest and investments in autonomous vehicles mounting, they left to pursue what they see as the next big thing. 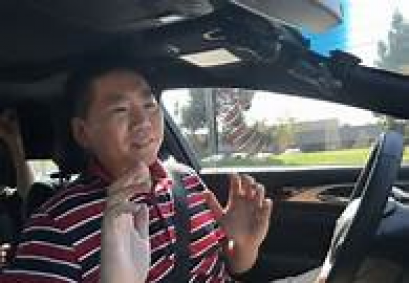 TEHRAN, Young Journalists Club (YJC) -Lei Xu and Justin Song once worked at electric carmaker Tesla Inc (TSLA.O), one of the hottest companies in Silicon Valley. But with interest and investments in autonomous vehicles mounting, they left to pursue what they see as the next big thing.

Their company, Nullmax, is one of more than 240 startups worldwide, including 75 in Silicon Valley, attempting to design software, hardware components and systems for future self-driving cars, according to a Reuters analysis.

Xu and Song are bankrolled by corporate money, but unlike many of their fellow entrepreneurs, they skipped funding from Silicon Valley venture capitalists. Founded in August 2016, Nullmax got $10 million from a Chinese firm, Xinmao Science and Technology Co (000836.SZ).

By seeking corporate backing in China, the Nullmax founders managed to sidestep an issue facing other startups in the sector: While big automotive and technology companies are pouring billions into the autonomous vehicle space, Silicon Valley investors so far have been fairly restrained in increasing their bets.

Now, “every startup thinks they will get a billion dollars” in valuation, said Evangelos Simoudis, a Silicon Valley venture investor and an advisor on corporate innovation.

However, investment in untested startup companies remains relatively modest despite all the buzz and lofty expectations. Total funding of self-driving startups from both corporate and private investors has barely topped $5 billion, the Reuters analysis of publicly available data shows.

With the notable exceptions of Andreessen Horowitz and New Enterprise Associates, few of the big Valley venture capital firms are heavily invested in the sector. Overall, only seven of the top 30 self-driving startups have received later-stage funding, the Reuters analysis shows, an indication that some venture capitalists are ambivalent about the industry’s potential.

(For a graphic of venture and corporate funding of self-driving startups, see: tmsnrt.rs/2xOX0jN)

Skeptics note that few of the startups are making money. And established auto and parts companies have not demonstrated a clear path to revenue and profitability in autonomous vehicles despite their big bets in the space.

Another sticking point: While the initial wave of self-driving vehicles is expected to begin commercial service in 2019-2020, experts expect the transition from human-driven to automated cars could take a decade or more to roll out.

Cautions Sergio Marchionne, chief executive officer of Fiat Chrysler Automobiles (FCHA.MI): “You can destroy a lot of value by chasing your tail in autonomous driving.”

All told, U.S. automotive and technology firms likely have invested some $40 billion to $50 billion in self-driving technology in recent years, mainly through acquisitions and partnerships. The full extent is hard to know because big players such as Alphabet Inc (GOOGL.O), whose Waymo subsidiary is considered among the front-runners in the arena, have not revealed the full scope of their investments, although it is believed to be in the billions.

(For a graphic on key players in the development of autonomous vehicles, see: tmsnrt.rs/2nYv7gc)

Whether the industry is poised to produce more such unicorns is now a topic of much debate. Two former investors in Cruise Automation, for example, are poles apart in their views of self-driving vehicles and technology.

Veronica Wu, managing partner in Palo Alto-based Hone Capital, said her company continues to invest in “quite a number” of self-driving startups, while acknowledging that the technology will take time to deploy.

In contrast, Sunny Dhillon of Signia Venture Partners, another Cruise investor, said his firm does not see any attractive investments in the sector right now.

The hefty price paid by GM for Cruise, he said, “made the space very frothy, with every computer vision and robotics PhD student seemingly emerging with a new self-driving car startup.”

In addition, he said many established players “already have made their big investments (and) acquisitions” in the sector. That could limit investors’ potential returns and entrepreneurs’ payoffs down the road.

Quin Garcia, a partner in San Francisco-based AutoTech Ventures, concurs that the space is crowded and valuations are inflated. There may still be “a select few IPOs, but there will be many failures of autonomous vehicle startups” by 2021, he said.

Those odds haven’t deterred Nullmax founders Xu and Song, who are looking to differentiate themselves.

With many self-driving startups looking to supply U.S. and European automakers, the Chinese-born entrepreneurs, whose specialties are camera-based vision systems and artificial intelligence, are focused on China. They expect to deliver the first partially automated systems to Chinese automakers by 2020.

The U.S.-educated entrepreneurs, both 35, now work out of a small shop in Fremont, Calif., not far from Tesla’s sprawling home factory. Xu once worked at Tesla as a senior engineer while Song specialized in supply chain and quality engineering. Tesla declined to confirm their prior employment.

Xu said the company employs about 50 people, most of them in a larger office in Shanghai. He said the company wants to keep a foot in California, which is a hub of U.S. tech talent, and where regulators have smoothed the way for testing of self-driving vehicles.

As for how Nullmax plans to cash out, Xu navigated around that question.

“We’re pretty busy,” he said. “We don’t much time to think about an IPO right now.”