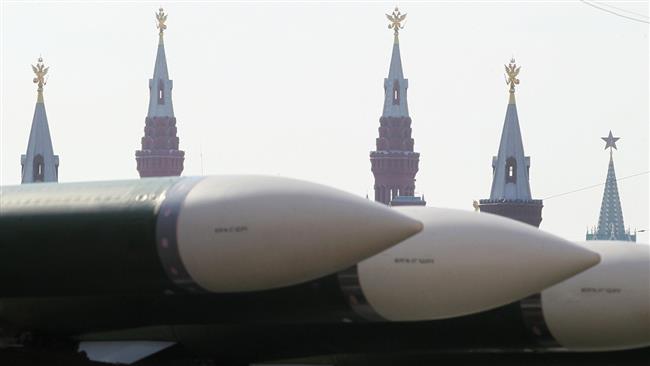 TEHRAN, Young Journalists Club (YJC) - Morell, who served as the deputy director of the CIA as well as its acting director twice, first in 2011 and then from 2012 to 2013, made the remarks in a podcast with Pod Save the World on Thursday.

The 59-year-old warned the United States was failing to pay attention to longer term issues, and said nuclear exchange with Russia was still a threat that had the capacity to “destroy” the US.

“The second is a naturally occurring or man-made biological agent that kills 60 to 70 per cent of the population,” he said. “We don’t spend enough time on that.”

“We tend to focus on the immediate, not the longer term,” complained Morell, a former intelligence analyst..

Trump and his administration have expressed widespread skepticism over climate change and the billionaire businessman has announced that he will pull the United States out of the 2015 global agreement to fight climate change, asserting US withdrawal "represents a reassertion of American sovereignty."

Trump had vowed during the election campaign to "cancel" the Paris agreement within 100 days of becoming president on January 20 in order to bolster the US oil and coal giant, which bankrolled his campaign.

Trump has labeled climate change a hoax, defying widening international support for the Paris Agreement to cut greenhouse gas emissions. He has argued that the concept of global warming has been “created by and for the Chinese in order to make US manufacturing non-competitive.”

Renowned scientist Stephen Hawking has said Trump's decision to withdraw the United States from the Paris climate accord could lead to a "tipping point" that "turns Earth into Venus."

"We are close to the tipping point where global warming becomes irreversible,” Hawking warned in July. "Trump's action could push the Earth over the brink, to become like Venus, with a temperature of two hundred and fifty degrees, and raining sulfuric acid."

Due to runaway greenhouse effect, the hothouse planet Venus has reached such a high temperature that lead would melt on its surface. Greenhouse effect is a phenomenon in which the atmosphere of a planet traps radiation emitted by its sun, caused by gases such as carbon dioxide, and methane.

Last year, leading American intellectual Noam Chomsky said the nuclear war between Russia and the United States could cause the end of mankind, Presstv reported.

In another interview, Chomsky said that the Trump administration is profoundly committed to destroying planet Earth.

The scholar said the Trump administration had shown total disregard for the future of the earth and is determined to dismantling the system in place to tackle climate change.