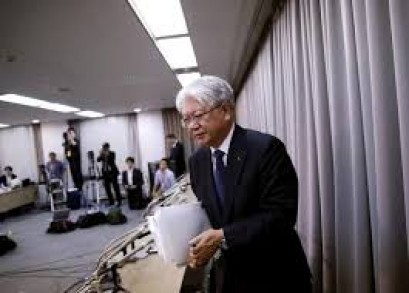 The parts were destined for use in centrifuges to enrich uranium, a JNFL spokesman said by phone. Citing security reasons, he declined to provide further details.

Kobe Steel has not told JNFL whether there are any safety issues with the parts, the spokesman said.

A Kobe Steel spokesman confirmed the firm fabricated data about specialized coatings used on the parts and had not identified any safety issues.

JNFL is the second company in the nuclear power industry to receive components affected by the steelmaker’s data tampering.

Tokyo Electric Power Co said this month it had taken delivery of pipes from Kobe Steel that were not checked properly.

Japan’s atomic regulator has asked nuclear operators to check whether they are using Kobe Steel products at nuclear plants, it said on Wednesday, adding it had received no reports that Kobe Steel’s data tampering scandal had affected safety.

No deadline has been given for nuclear operators to report back to the Nuclear Regulation Authority, a spokesman said by phone on Friday.

The unfolding data tampering scandal has spread from Kobe Steel’s copper and aluminum business to most areas of the company and sent companies at the end of complex supply chains across the world scrambling to check whether the safety or performance of their products has been compromised.

While no safety issues have been identified, Japan’s third-largest steelmaker is likely to face claims for replacement parts and other costs.

Kawasaki Heavy Industries Ltd would ask Kobe Steel to cover any costs for replacement of parts or other expenses related to the data tampering, President Yoshinori Kanehana told reporters on Friday at an earnings briefing.

The company earlier said affected materials were used in aircraft parts and in engine components. On Friday, Kanehana said it was still checking with customers receiving aircraft, engine and train parts, declining to comment further.

Japanese industry ministry officials have also said Kobe Steel materials were used in some defense equipment made by Kawasaki Heavy.

Asked about the fabrications, Kanehana said “as a company also based in Kobe, this is very regrettable and something that should not have been allowed to happen.”

He said Kawasaki Heavy “will consider whether to continue doing business with Kobe Steel after we have seen the results of their investigation into the causes and preventative measures.”

Nippon Steel & Sumitomo Metal Corp, Japan’s biggest steelmaker, said on Friday it would maintain an alliance it has with Kobe Steel.

The alliance involves cooperating on steel supplies during shortages or maintenance of factories, while Nippon Steel has a 2.95 percent stake in Kobe Steel, with the latter holding 0.71 percent of its bigger rival’s shares.

Kobe Steel said on Thursday 88 out of 525 affected customers had yet to confirm its products were safe in the light of widespread tampering of specifications, but that it had not received any requests for recalls.

Japan’s third-largest steelmaker supplies manufacturers of cars, planes, trains and other products across the world and the data tampering has spiraled into one of Japan’s biggest industrial scandals.

Kobe Steel shares, which are down about 35 percent since the scandal broke, rose 0.6 percent on Friday, while the Nikkei 225 rose 1.3 percent.