'As bad as it gets': Children starving in DR Congo

TEHRAN, October 29 -Hundreds of thousands of children in the Kasai region of the Democratic Republic of Congo (DRC) will starve to death in the next few months without emergency food aid, a UN official has said. 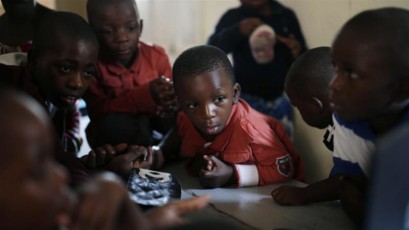 TEHRAN, Young Journalists Club (YJC) -Hundreds of thousands of children in the Kasai region of the Democratic Republic of Congo (DRC) will starve to death in the next few months without emergency food aid, a UN official has said.

About 7.7 million people are on the verge of starvation in the DRC, of which 3.3 million are in Kasai, an eastern province where 1.4 million have been forced to flee their homes over the past year after clashes broke out between the Kamwina Nsapu armed group and security forces.

More than 3,300 people have been killed in the violence.

"It's about as bad as it gets," David Beasley, executive director of the World Food Programme (WFP), told Al Jazeera on Saturday from the regional capital, Goma.

"If we don't receive funds, food and access immediately, hundreds of thousands of children will die over the next couple of months."

Earlier this week, the UN refugee agency UNHCR said about 710,000 people had gone back to the Kasai, only to "find their property in ruins and family members killed".

Farmers in Kasai have missed two consecutive planting seasons because of the violence.

The WFP has appealed for $17.2m to distribute food aid in the Kasai from September to December 2017. So far, it has only raised one percent of that figure.

"We are asking donors to step up, and to step up now," Beasley told Al Jazeera.

The onset of the rainy season will increase the cost of delivery of food by up to 17 times as aid will have to be flown in  due to impassable roads, he said.

"The situation in the Kasai is desperate," he said. "All because of nothing but man-made conflict. And it is wrong, it's unacceptable."

WFP officials in Kasai have seen evidence of killings, including videos of decapitated men, women and children, Beasley said.

Violence in Kasai involving Kamwina Nsapu fighters broke out last August with the killing of a regional tribal leader who had defied the government of President Joseph Kabila.

In August, UN investigators said more than 250 people, including 62 children, were killed there from mid-March to mid-June.

Investigators have also uncovered about 80 mass graves in the region.

The violence adds to a broadly unstable situation in the DRC, with Kabila's government refusing to step down and hold elections as required by the country's constitution.

Violence in the provinces of Tanganyika and Kivu has separately forced thousands to flee their homes.

The UNHCR says the total number of people displaced by conflict in the DRC has nearly doubled in the past six months to 3.9 million.