TEHRAN, October 30 -Tankers carrying record levels of crude are leaving in droves from Texas and Louisiana ports, and more growth in the fledgling U.S. oil export market may before long test the limits of infrastructure like pipelines, dock space and ship traffic. 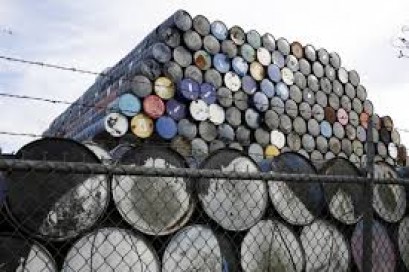 TEHRAN, Young Journalists Club (YJC) -Tankers carrying record levels of crude are leaving in droves from Texas and Louisiana ports, and more growth in the fledgling U.S. oil export market may before long test the limits of infrastructure like pipelines, dock space and ship traffic.

U.S. crude exports have boomed since the decades-old ban was lifted less than two years ago, with shipments recently hitting a record of 2 million barrels a day. But shippers and traders fear the rising trend is not sustainable, and if limits are hit, it could pressure the price of U.S. oil.

How much crude the United States can export is a mystery. Most terminal operators and companies will not disclose capacity, and federal agencies like the U.S. Energy Department do not track it. Still, oil export infrastructure will probably need further investment in coming years. Bottlenecks would hit not only storage and loading capacity, but also factors such as pipeline connectivity and shipping traffic.

Analysts believe operators will start to run into bottlenecks if exports rise to 3.5 million to 4 million barrels a day. RBC Capital analysts put the figure lower, around 3.2 million bpd.

The United States has not come close to that yet. A total of the highest loading days across Houston, Port Arthur, Corpus Christi and St. James/New Orleans - the primary places where crude can be exported - comes to about 3.2 million bpd, according to Kpler, a cargo tracking service.

But with total U.S. crude production currently at 9.5 million barrels a day and expected to add 800,000 to 1 million bpd annually, export capacity could be tested before long. Over the past four weeks, exports averaged 1.7 million bpd, more than triple a year earlier.

“Two to three years down the road, if U.S. production continues to grow like current levels, the market will eventually signal that more infrastructure is needed. But I don’t think a lot of those plans are in place right now.”

If exports do hit a bottleneck, it would put a ceiling on how much oil shippers get out of the country. Growing domestic oil production and limited export avenues could sink U.S. crude prices.

Shippers have booked vessels to go overseas in recent weeks because the premium for global benchmark Brent crude widened to as much as $7 a barrel over U.S. crude, making exports more profitable for domestic producers.

Though some operators are already eyeing expansion plans, there are limitations, said Carlin Conner, chief executive at SemGroup Corp, which owns the Houston Fuel Oil Terminal. SemGroup has three docks for exporting crude and is building additional ones.

“There aren’t very many terminals with the needed pipeline capabilities, tank farm capacity and proper docks to load the ships ... Adding this is expensive and not done easily. So there are limitations to unfettered export access,” he said.

For instance, exports are expected to start from the Louisiana Offshore Oil Port (LOOP) in early 2018 at around one supertanker a month, according to two sources. The LOOP is potentially a key locale for exports. Its location 18 miles (29 km) offshore means it can handle larger vessels than other, shallower ship channels.

While LOOP can load around 40,000 barrels per hour, operating at that capacity is not likely because that same pipe is used to offload imports, the sources added. LOOP did not respond to a request for comment.

In Houston, when looking at the top 30 loading days, crude exports averaged 700,000 bpd, Kpler added. That includes Enterprise’s Houston terminal, among the largest of the export facilities, that had 615,000 bpd.

Other terminal operators are also developing additional facilities. NuStar Energy LP currently can load between 500,000 to 600,000 bpd at its two docks in Corpus Christi, which has about 1 million in capacity, according to a port spokesman. NuStar is developing a third dock, which should come online either late first quarter or early second quarter.

In Houston, Magellan Midstream Partners LP is planning a new 45-foot draft Aframax dock for mid-2018. Aframax vessels can carry about 500,000 to 700,000 barrels of crude.