TEHRAN, October 31 -Palestinian armed groups have vowed to respond to Israel's attack on a tunnel in a southern town of the Gaza Strip late on Monday that left at least seven people dead and nine others wounded. 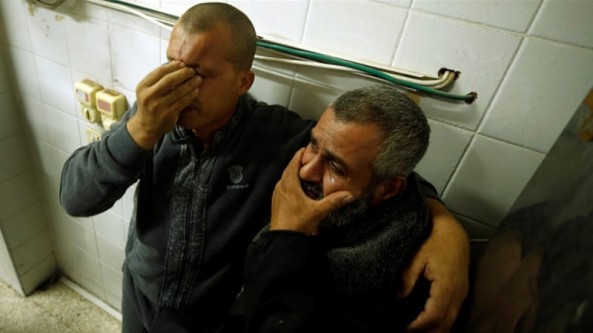 TEHRAN, Young Journalists Club (YJC) -Palestinian armed groups have vowed to respond to Israel's attack on a tunnel in a southern town of the Gaza Strip late on Monday that left at least seven people dead and nine others wounded.

"We will exercise our right to respond - this is our duty," Daoud Shehab, a leader in the Islamic Jihad movement, told Al Jazeera, adding that it is the legitimate right of the resistance groups to respond.

Palestinian media said that the tunnel in Khan Younis had been hit by the Israeli air force.

"Reports said Israel fired five missiles at the tunnel that was being dug east of Khan Younis and which Israel claims was leading to its territory," Palestinian news agency Wafa said.

Israeli officials said that the tunnel near the border wall, which was in the process of being built, was blown up after being monitored for some time.

The ministry of health in Gaza officially identified five of those killed as members of the al-Quds Brigades, the military wing of the Islamic Jihad and two others as members of Hamas' Izz Eddine al-Qassam Brigades.

Hamas decried the attack as the "latest Zionist crime".

"Resisting the occupation in all its forms is a natural right guaranteed for our people," the movement said in a statement.

Meanwhile, Fatah, the West Bank-based political party of Palestinian President Mahmoud Abbas, called for dialogue between Palestinians to discuss the best response to the Israeli bombardment.

He also held Hamas responsible for any attempt to harm the sovereignty of his country.

Since 2008, Israel has launched three offensives on the Gaza Strip.

The latest one took place in the summer of 2014 and resulted in the deaths of more than 2,200 Palestinians, including 500 children.

The Israeli blockade of the occupied Gaza Strip, in its current form, has been in place since June 2007.

Israel controls Gaza's airspace and territorial waters, as well as two of the three border crossing points; the third is controlled by Egypt.