Putin: Someone is harvesting Russian bio samples for obscure purposes

TEHRAN, October 31 - Russia is commemorating the victims of political persecution in the former Soviet Union, particularly, the Stalinist repressions. Unveiling a new memorial on its national Day of Mourning, President Vladimir Putin said nothing can justify such actions of a government. 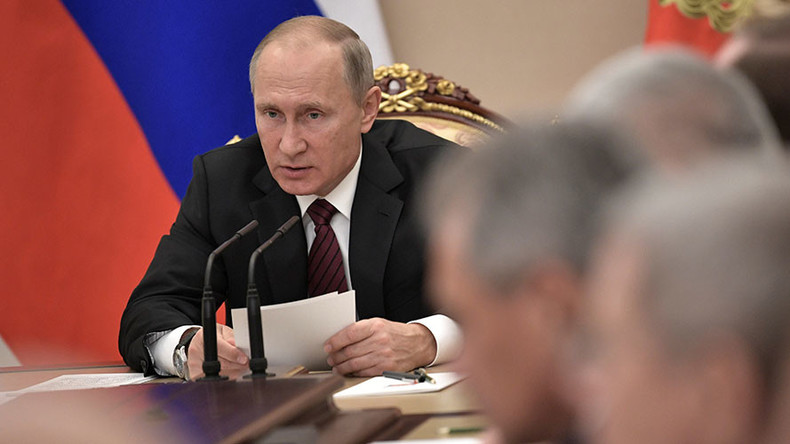 President Putin recalled that under the system of state terror during Stalin’s rule, “any person could face made-up and absolutely absurd charges.”
“Millions of people were branded as enemies of the people, were executed or crippled, underwent torture in prisons and forced deportations,” he said. “This terrible past cannot be erased from the national memory. And certainly cannot be justified by whatever imaginary greater good of the people.”
Putin was clear that unlike some other episodes in Russia’s past, which are subject to controversy and heated public discourse, Stalin’s terror is not something that’s up for debate.

“It was about death and suffering of millions. One should only visit… mass graves of the victims, which are many in Russia, to realize that there is no justification for those crimes,” he said.

“The persecution campaign was a tragedy for our people, our society, a ruthless blow to our culture, roots and identity. We can feel the consequences now and our duty is not to allow it to be forgotten.”

The memorial was co-funded by the government and donations from the public. The GULAG museum announced a tender for the project last year, with sculptor Georgy Frangulyan’s creation picked from more than 330 designs.

The persecution of people under Stalin continued throughout his rule, peaking in the so-called Great Purge of 1936-1938. Estimates of how many people were affected vary due to inconsistencies in historic documents and depend on who is considered a victim by a particular researcher.

The prominent Memorial NGO, dedicated to researching dark pages of the Soviet history, believes up to 39 million people may have suffered from the repression throughout the decades. These include those sent to jail under false or political charges; many being forcibly displaced; others arbitrary stripped of their citizen rights; and scores killed by mass famine in the early 1930s.