TEHRAN, November 27 - Samsung Electronics Co Ltd’s (005930.KS) shares fell more than 4 percent to a one-month low on Monday after Morgan Stanley cut its recommendation on the South Korean tech giant, citing concerns that a boom in memory chips is likely to peak soon. 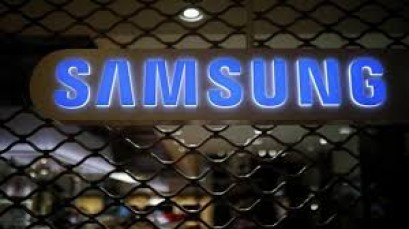 A so-called memory chip “super-cycle” of increased prices due to demand for more firepower in servers and smartphones was the major driver of Samsung’s record third-quarter profit of 14.5 trillion won ($12.91 billion) announced in October, with investors focussed on how long it will last.

A Morgan Stanley research report issued on Sunday downgraded its view of Samsung to “equal weight” from “overweight” and trimmed its price target on the stock by 3.4 percent to 2.8 million won, saying its earnings in the memory segment are not seen growing materially next year.

“We see downside risk as NAND prices have started to reverse in 4Q17. Meanwhile, visibility on DRAM supply-demand dynamics has reduced beyond 1Q18,” the report said.

Samsung Electronics shares were down 4.2 percent by 0347 GMT on Monday at 2.66 million won, their biggest intra-day percentage loss in more than a year. Still, the shares are up more than 47 percent this year, giving it a market value of around $353 billion.

Some analysts said Samsung Electronics is less likely to be affected by the predicted trends in chip prices than competitors like SK Hynix Inc (000660.KS), the world’s second-largest maker of memory chips after Samsung.

“The reaction is a bit oversensitive, as all this was known,” said Greg Roh, analyst at HMC Investment & Securities.

“We all knew that NAND prices are going down, which is actually needed to encourage sound demand and increase shipments. And Samsung is strong in NAND chips for data center SSDs (solid state drives) which will be less affected,” Roh said.

Samsung Electronics said in October that it expects a continued tight supply-demand position in the NAND and DRAM space in 2018.