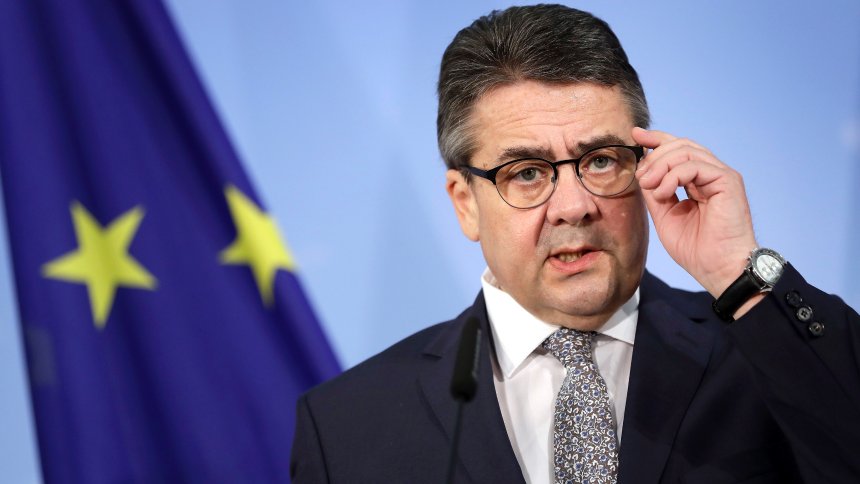 Berlin strongly condemned the test as a violation of international law.

Speaking in Washington after meeting U.S. Secretary of State Rex Tillerson, Gabriel said he had offered support for taking a tough line towards Pyongyang.

"He wants our support for their efforts to pursue a hardline position vis a vis North Korea, and he has it. But it's our job to decide what we will do in diplomatic channels."

Two diplomats had already been withdrawn from the German embassy in Pyongyang, and a third was being pulled out now, Gabriel said. Germany was also demanding North Korea reduce its diplomatic presence in Germany.

Gabriel said Washington had not demanded that Germany, one of seven European countries with embassies in North Korea, shut its mission or withdraw its ambassador.

It was not Germany's desire to shut down its embassy, he said, but added: "that doesn't mean we are ruling it out."

Gabriel said Germany would discuss North Korea options with fellow European countries to determine "whether it's necessary to further increase the diplomatic pressure."

U.S. State Department spokeswoman Heather Nauert said the United States had called on countries to scale back or cut ties with North Korea as part of an effort to pressure Pyongyang to give up its weapons programs.

"If they would be willing to close their missions in North Korea altogether, that is also something we would be supportive of," she said, while adding that Tillerson had not specifically asked in his meeting with Gabriel for Germany to recall its ambassador.