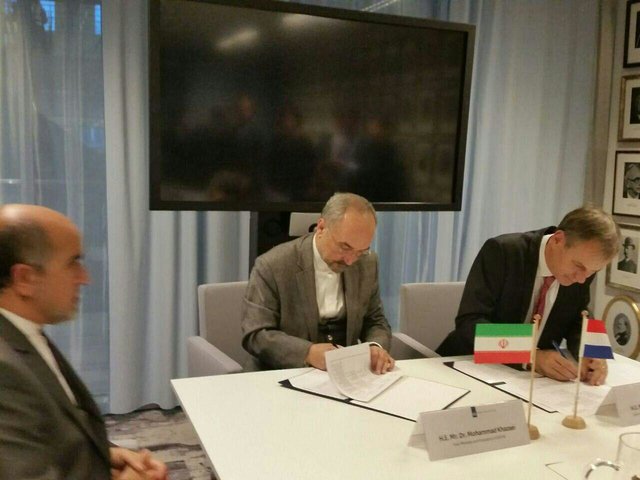 Deputy of Foreign Minister for Economic Affairs of the Netherlands Martin Fan Den was also present in the meeting.

Dutch companies are willing to work with Iranian sides and there is a bright landscape for technical and economic cooperation between Tehran and Amsterdam, Khazaie said in a ceremony of signing the MoU.

The two sides also agreed to pave the way for further interactions between scientific and technology institutions.