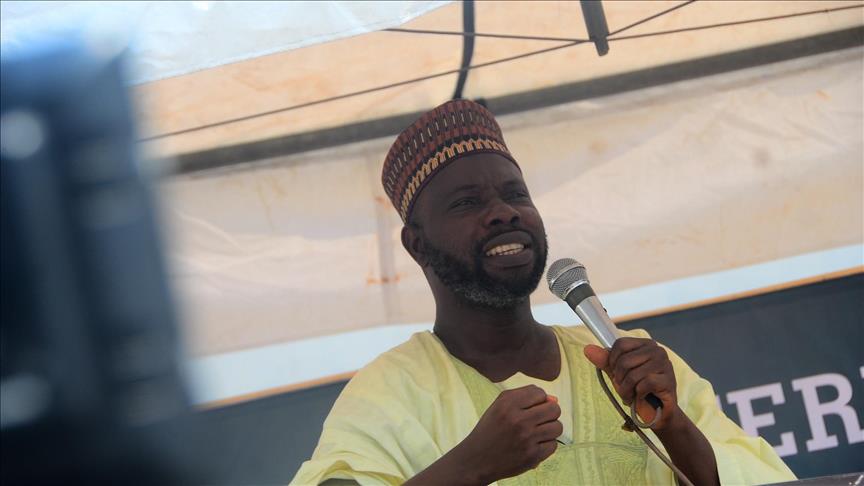 TEHRAN, Young Journalists Club (YJC) - At least 2,000 Muslim activists took to the streets of the Nigerian capital Lagos on Friday to show solidarity with the peoples of Palestine, Kashmir, and Myanmar’s minority Rohingya community.

“Palestinians and Muslim minorities around the world have been facing persecution, and in extreme cases we saw ethnic cleansing and genocide in Myanmar,” said Waheed Atoyebi, the head of Muslim Awareness International (MAI).

The event - 2017 Al-Aqsa Solidarity Day rally - was attended by top Muslim intellectuals and influential religious leaders, who called on world bodies to respond to the appeals of the persecuted people, especially Palestinians.

“The hypocrisy of the world is such that a referendum was secured for South Sudan to break away from Sudan, yet Kashmiris have waited in vain for a referendum to decide their fate, with India using all forms of subterfuge to prevent and abort such an exercise.

“We have seen them paying lip service to the plight of the Palestinians Muslims,” Atoyebi added.

Atoyebi said the 2017 Al-Aqsa day coincided with the centenary of that “ignoble duplicity, dishonesty and daylight robbery when Britain through the Balfour Declaration gave its nod to the establishment of a homeland for Jews in Palestine”.

He also criticized the decision by academic institutions in the U.K. to allow “Zionist elements to use their premises to commemorate this most tragic human event in history”.

Ismail Busayri, a top cleric, called on world leaders and the UN to address the plight of persecuted communities.

Busayri spoke on the topic of “Selective Justice; History, Relevance, and Significance of the Palestinian Struggle” in a sermon to drum up support for minorities at Friday prayer.

Tajudeen Yusuf, an academic from the University of Lagos, said the Palestinians face “existential deprivations and military annihilation”. He called on world powers to act to put an end to their suffering.