TEHRAN, December 3 - The US military has received permission from the government of Niger to begin flying armed drones in the country from the nation’s capital of Niamey, according to a report. 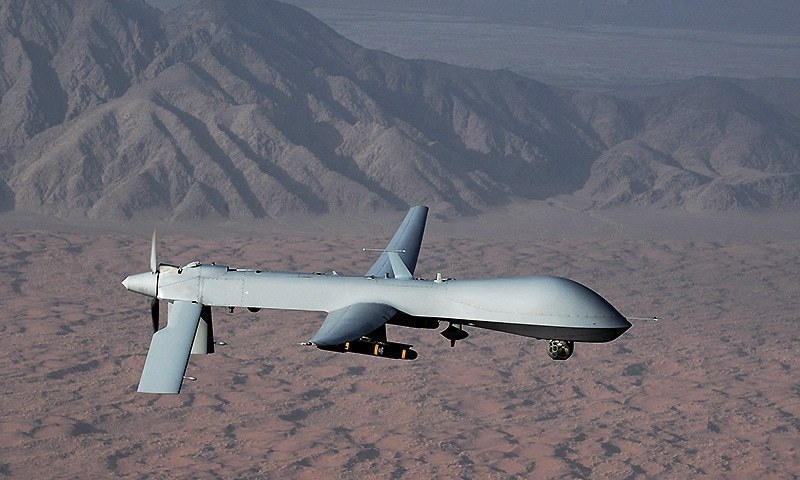 TEHRAN, Young Journalists Club (YJC) - The agreement indicates an intensifying US military campaign against armed militants in Africa and is based on a recently signed government-to-government memorandum of understanding, The Associated Press reported on Friday, citing a US official.

The official, who spoke on condition of anonymity, further stated that the flight of the armed drones could start as early as next week or at least by the end of December.

The arrangement limits the attack drones to “defensive missions,” the official said without elaborating.

The drones eventually are to be moved to a desert base under construction near the central city of Agadez. The military base is expected to become operational by mid- to late-2018.

The US military maintains approximately 800 service members in the impoverished African country.

The development came nearly two months after four US Special Forces troops were killed in Niger following an ambush by local militants.

FBI and US military investigators arrived in Niger last month to try to determine what happened in the October 4 assault on the 11-member Army Special Forces team and 30 Nigerien troops.

The case has received enormous attention in the United States because of conflicting accounts over whether the soldiers were on a low-risk patrol or had changed plans and set out in pursuit of local insurgents.

Questions also have been raised about why the team was lightly armed, given the danger in the area.

Pentagon officials have said the soldiers were on a routine reconnaissance mission. Under US military rules, American troops in Niger are not supposed to go on combat missions in the country, but they can “advise and assist” on missions with local forces where the chance of enemy contact is low.

It was not clear why a team mostly armed with rifles was ordered to assist in an operation to take into custody a dangerous militant.

Share to
Related News
Rally calling for ban on assault-style rifles to be held in Tallahassee
‘Fighting season’: Pentagon to send ‘1,000 new troops & drones’ to Afghanistan
Tags
US ، drones ، Niger
Your Comment