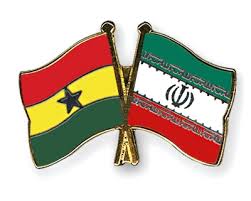 TEHRAN, Young Journalists Club (YJC) - He said the lands are located 100 kilometers away Accra and near Volta River.

The lands in Ghana are so rich that cultivation can be done twice in each farming season, he said, adding corn is in priority.

Fathi said that studies feasibility, mapping and production have been conducted in the lands.

Iran is exploring overseas resources to ensure stable supplies of agricultural products for a rapidly urbanizing population in the face of the constraints of worsening land and water resources.

The semi-arid state has been investing in large areas of farmland overseas, where contracts for cultivation on nearly 800,000 to one million hectares in a number of countries have been signed and approved by the government, according to Agriculture Minister Mahmoud Hojjati.