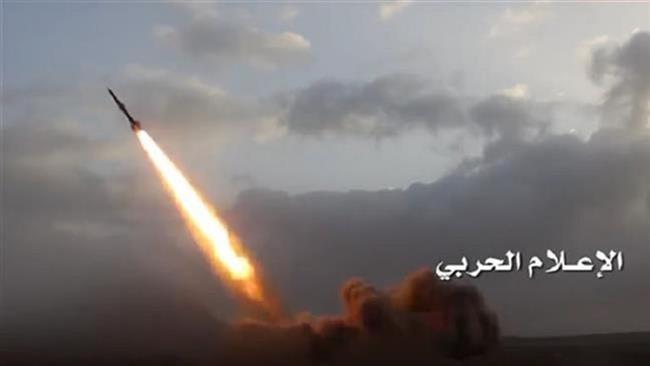 Colonel Aziz Rashid, a spokesman for the Yemeni army, has told Lebanon's Al Mayadeen TV channel that the missile attack was a political and military response to the UAE's role in the destruction of Yemen. He insisted that the missile had hit the intended target.

The United Arab Emirates' state-run news agency has, however, denied reports of a Yemeni missile striking the under-construction nuclear plant. WAM said the UAE has air-defense systems that can protect it against such threats.

Yemeni forces regularly fire ballistic missiles at positions inside Saudi Arabia in retaliation for the Saudi-led war on Yemen.

Back in September, Houthi leader Abdul-Malik al-Houthi warned that the UAE is no longer a safe country as missiles manufactured by the Yemeni group can now hit anywhere in the Arab country.

The UAE has been a key ally of Saudi Arabia in its military campaign against Yemen, which has killed over 12,000 people since March 2015.

The Emirati air force has played a significant part in the aerial assaults against Yemen. In addition to deploying its own troops on Yemeni soil, Abu Dhabi has been training pro-Saudi militants fighting on the ground against the Yemeni army and its allied forces.

The country has also come under scrutiny for running secret prisons in Yemen, where hundreds of inmates suffer mistreatment and torture.

Saudi Arabia and its allies launched the war in a bid to crush the Houthis and reinstate the former Riyadh-friendly regime, but the kingdom has achieved neither of its goals.

The protracted Saudi war, which has been accompanied by a land, naval, and aerial blockade, has left over 17 million Yemenis in need of food and caused a cholera epidemic.