TEHRAN, December 3 - Indications are growing that China is already cementing its foothold in the Iranian economy through a heavy campaign of investments in the country’s infrastructure projects. 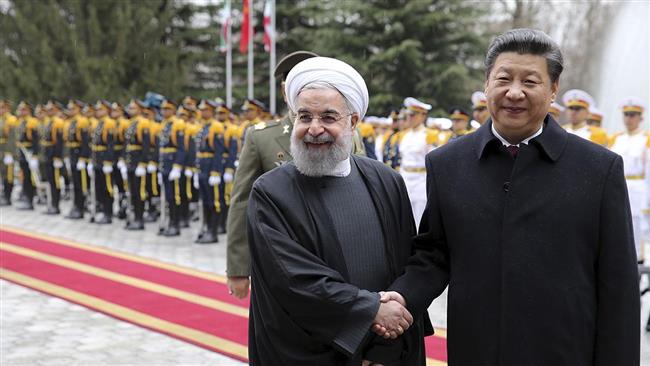 TEHRAN, Young Journalists Club (YJC) - Reuters in a recent report quoted officials and industry experts as saying that China’s state-owned enterprises such as CITIC Group and China Development Bank would soon make as much as $10 billion and $15 billion, respectively, in the Iranian economy.

The report added that investments by Chinese companies in Iran came at a time that European businesses were staying away over fears of falling afoul of US sanctions.

Iranian officials say the deals are part of Beijing’s $124 billion Belt and Road initiative, which aims to build new infrastructure - from highways and railways to ports and power plants - between China and Europe to pave the way for an expansion of trade.

“They (Western firms) had better come quickly to Iran otherwise China will take over,” Reuters quoted Ferial Mostofi, head of the Iran Chamber of Commerce’s investment commission, as saying on the sidelines of an Iran-Italy investment meeting in Rome.

Other Asian investors specifically those from South Korea have also proved a willing investor. Seoul’s Eximbank, for example, signed an agreement in August with Iran to provide a credit line worth €8 billion for projects in Iran.

But China is the standout, Reuters added.

“The train is going forward,” Fereidun Haghbin, director general of economic affairs at Iran’s foreign ministry, was quoted as saying. “The world is a lot greater than the United States.”