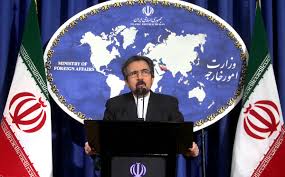 He made the remarks after recent foreign brutal aggression against Yemen which destroyed infrastructure and caused all-out siege and massacre of Yemenis.

“All Yemeni groups, parties and social and political streams should keep solidarity and protect the national single front against foreign aggression,” he said.

He also called all Yemenis to restraint.