TEHRAN, December 4 -The dollar was broadly higher on Monday, reaching a 2-1/2-week peak against the yen, lifted after the U.S. Senate approved a tax overhaul at the weekend. 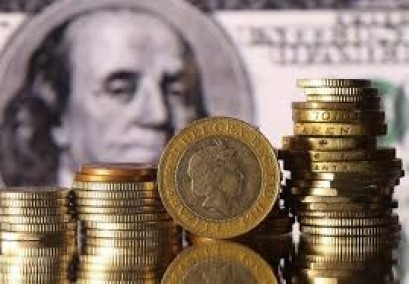 TEHRAN, Young Journalists Club (YJC) -The dollar was broadly higher on Monday, reaching a 2-1/2-week peak against the yen, lifted after the U.S. Senate approved a tax overhaul at the weekend.

The Senate’s approval on Saturday moves Republicans and President Donald Trump a big step closer to their goal of slashing taxes in what would be the largest change to U.S. tax laws since the 1980s.

The dollar has drawn support on expectations that tax cuts for corporations and the wealthy would stimulate the U.S. economy, and also drive Treasury yields higher, as the government becomes more dependent on debt due to reduced tax income.

Talks will begin, likely this week, between the Senate and the House, which already has approved its own version of the legislation, to reconcile their respective bills.

“From a technical perspective the dollar is positioned to extend its gains. But fundamentally it will need progress between the Senate and the House on the tax agenda and also an upbeat reading from Friday’s employment data,” said Junichi Ishikawa, senior forex strategist at IG Securities in Tokyo.

The greenback took a knock on Friday after former national security adviser Michael Flynn pleaded guilty to lying to the FBI about his contacts with Russia, and agreed to cooperate with prosecutors.

The U.S. currency was supported as Treasury yields rose. The 10-year benchmark Treasury yield climbed about 4 basis points to 2.404 percent in response to the U.S. Senate’s approval of the tax bills.

Treasury yields rose along with U.S. equities futures, which pointed to a higher open for Wall Street shares later in the session. U.S. stocks have recently surged to record highs, supported by the prospect of the U.S. tax cut bill being passed.

“The dollar is only making measured gains and this reflects the still remaining caution in the currency market towards U.S. tax reforms,” said Koji Fukaya, president at FPG Securities in Tokyo.

“While not yet as optimistic as the equity market, the currency market is likely to further warm to the idea of the tax bill’s eventual passage.”

Other currencies slipped against the dollar but the pound got away relatively unscathed thanks to the prospect of Britain’s divorce talks with the European Union making further progress.

In focus was a meeting between British Prime Minister Theresa May, EU chief executive Jean-Claude Juncker and his chief Brexit negotiator Michel Barnier on Monday, which will mark the “absolute deadline” for London to deliver “sufficient progress” in its divorce offer as set by European Council President Donald Tusk.