TEHRAN, December 4 -Oil fell on Monday after U.S. shale drillers added more rigs last week, but prices still held close to their highest since mid-2015, supported by an extension of output cuts agreed last week by OPEC and other producers. 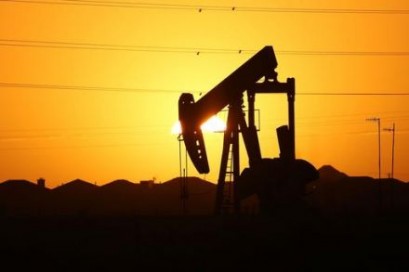 Drillers in the United States added two oil rigs in the week to Dec. 1, bringing the total count up to 749, highest since September, energy services firm Baker Hughes said in its closely followed report late on Friday. RIG-OL-USA-BHI

The U.S. rig count, an early indicator of future output, gained sharply from 477 rigs active a year ago after energy companies boosted spending plans for 2017. [RIG/U]

Drillers over 2017 were encouraged to increase activity as crude prices started recovering from a multi-year price slump around the same time that the Organization of the Petroleum Exporting Countries (OPEC) and some non-OPEC producers, including Russia, agreed to production cuts a year ago.

Last week, the producers agreed to extend those cuts of 1.8 million barrels per day (bpd) until the end of next year.

“The extent of U.S. production growth and the strength of global oil demand in 2018 remain the main uncertainties,” BMI Research said in a note.

“OPEC (or rather Saudi Arabia) will increasingly work to manage the market,” BMI said in the note.

The latest agreement allows for producers to exit the deal early if the market overheats. Russian officials had expressed concern that extending the output cuts might encourage rival U.S. shale oil firms to pump more crude.

Rising U.S. production has been a persistent thorn in OPEC’s side and the rig increased for a second straight week.