Not talks with France on Iran’s defense power

TEHRAN, December 4 - Pointing out to the French President’s quotes over negotiations with Iran to reduce the county’s defense power, Iranian FM Spokesman strongly reacted and re-affirmed the country’s opposition to any negotiation on its defense. 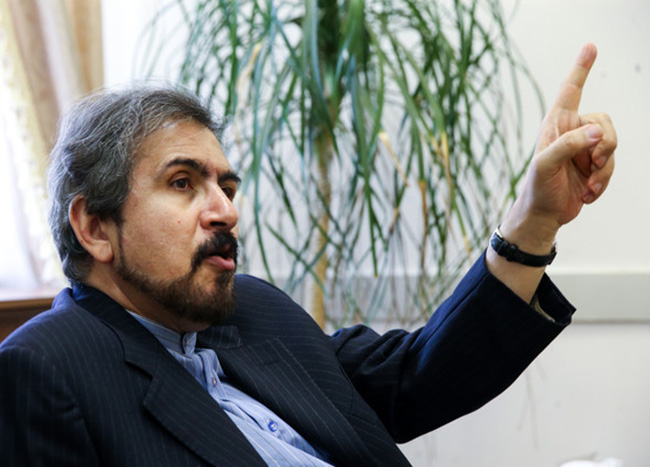 TEHRAN, Young Journalists Club (YJC) - Bahram Ghasemi remembered the French officials that Middle East has deeply changed over the recent decades and that they should carefully analyze the issues of the region.

“They should analyze the issues in their own words much more carefully, because the Islamic Republic of Iran definitely does not negotiate on its defense and missile program” Ghasemi asserted, “definitely Iran is resistant enough in certain areas such as defense and missile programs, and knows it as its own right to pursue the relevant policies, and these issues can not be negotiated at all”.

The Spokesman pointed out to the meeting between Iranian and French officials in a near future, saying “We will have many talks in different areas with the authorities of Elysez in order for they could make a more detailed and deeper analysis of the issues of the Islamic Republic of Iran and the region, and to remind them that Iran is the only country that has paid a heavy price for fighting terrorism over the past years”.

The Iranian diplomat added that they should keep in mind that if Iran did not fight the terrorists, not only would they destroy the whole region, but also they could commit horrifying crimes in the Europe’s streets as well as other parts of the world, as they did so in some European cities .