The IRGC land force showed its might in Syria

TEHRAN, December 4 - Brigadier general Hossein Salami: IRGC land force is the center of developments and will never lose its primacy 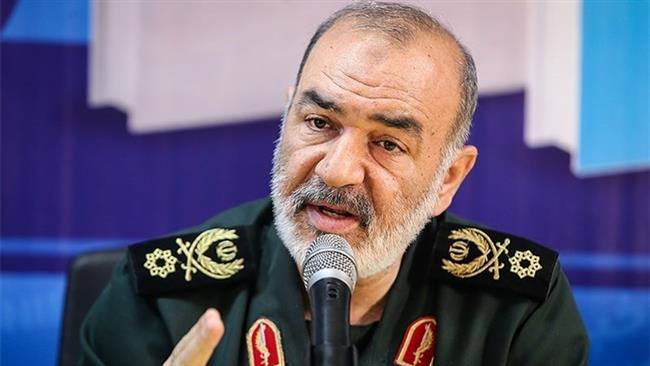 TEHRAN, Young Journalists Club (YJC) - Second in command of the Islamic Revolutionary Guard Corps pointing out the fact that our enemies seek fundemental change in our structure and administration said: We have come across and experienced bitter truths in our country and other lands and have come to the conclusion that, if we can dominate and control alterations along the ground, we can defeat all of the enemies' strategies.

Salami stressed: IRGC land force is the center of developments and will never lose its primacy

He added: We all know our missiles have great capabilities but the decisive factor which ensures the survival of the revolutionary structure of our and some other countries is the ground force.

The briadier general emphasized the importance of how creating an image showing the might and domince of a nation is vital for its security and said: The IRGC land forces have, without exaggeration, created the image of might and power. When these forces are capable of consecutively carrying out defensive and offensive operations and overcoming any threat, for example if there are going to be suicide bombings in the south east they will neutralize them all, creating the image of might and power.

The IRGC commander also said: The IRGC's ground forces showed the same might in north east and west of the country and other countries like Syria. Their operating grounds are the crossroads of American, Israeli, European and some regional countries like Saudi Arabia's policies.
He stressed: Iran's security is like heaven in hell, unlike Swiss and Sweden's.

He also pointed out Iran's group in the 2017 World Cup saying he was pleased to see his national team drawn among Portugal and Spain so they have to ready themselves to play against big teams.