TEHRAN, December 4 - U.S. Defense Secretary Jim Mattis on Monday met Pakistan's civilian and military leaders and urged them "redouble" their efforts to rein in militants accused of using the country as a base to carry out attacks in neighboring Afghanistan. 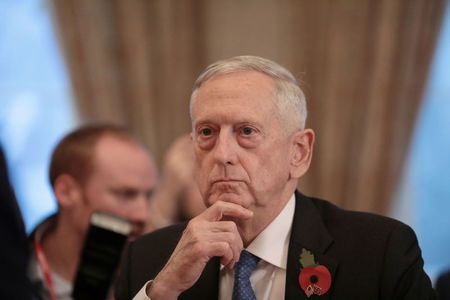 TEHRAN, Young Journalists Club (YJC) - Mattis, on a one-day visit to Pakistan, said the South Asian nation had made progress in the fight against militancy inside its borders but needed to make more.

More than 100 days since President Donald Trump announced a South Asia strategy that calls for a firmer line towards Islamabad, U.S. officials and analysts say there has been only limited success and it is not clear how progress will be made.

U.S. officials have long been frustrated by what they see as Pakistan’s reluctance to act against groups such as the Afghan Taliban and the Haqqani network that they believe exploit safe haven on Pakistani soil to launch attacks in Afghanistan.

"The Secretary reiterated that Pakistan must redouble its efforts to confront militants and terrorists operating within the country," the Pentagon said in a statement.

Mattis, who visited Pakistan for the first time as defense secretary, said before the trip that the goal for his meetings with Pakistani officials would be to find "common ground".

"We're committed (to) the war against terror," he said. "Nobody wants peace in Afghanistan more than Pakistan."

In August, Trump outlined a new strategy for the war in Afghanistan, chastising Pakistan over its alleged support for Afghan militants. But beyond that, the Trump administration has done little to articulate its strategy, experts say.

U.S. officials say they have not seen a change in Pakistan's support for militants, despite visits by senior U.S. officials, including Secretary of State Rex Tillerson.

"We have been very direct and very clear with the Pakistanis ... we have not seen those changes implemented yet," General John Nicholson, the top U.S. general in Afghanistan, said this week.

Pakistani officials have pushed back on the U.S. accusations and say they have done a great deal to help the United States in tracking down militants.

Share to
Related News
‘Fighting season’: Pentagon to send ‘1,000 new troops & drones’ to Afghanistan
'A mad scramble': How Trump tweet on Pakistan blindsided U.S. officials
U.S. military to accept transgender recruits on Monday: Pentagon
US Secretary of Defense Mattis arrives in Cairo
US secretary of state in Pakistan as Washington warns about Taliban 'havens'
Tags
US ، Mattis ، Pakistan
Your Comment