TEHRAN, December 4 - Donald Trump's attorney, John Dowd, has said that a president cannot obstruct justice, following a Senate investigation into connections between Trump’s presidential campaign and Russia. The probe warns that it is considering a case of obstruction of justice against the US president. 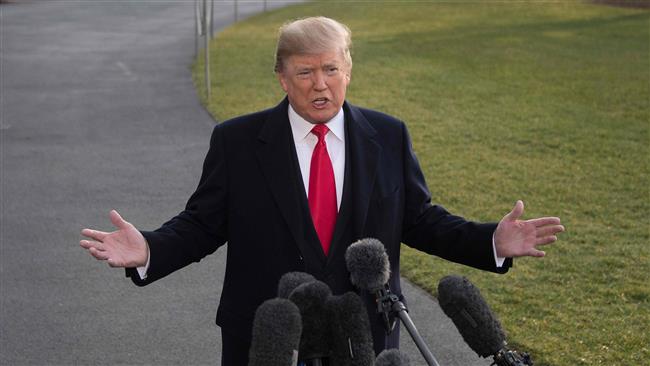 TEHRAN, Young Journalists Club (YJC) - The "president cannot obstruct justice because he is the chief law enforcement officer under [the Constitution's Article II] and has every right to express his view of any case," Dowd said in an interview with Axios on Monday.

His comments came after Senator Dianne Feinstein, the top Democrat on the Senate Judiciary Committee, said on Sunday, “What we’re beginning to see is the putting together of a case of obstruction of justice.”

Trump in a tweet on Saturday appeared to reveal he knew former White House national security adviser Michael Flynn had lied to the FBI when he was fired.

"I had to fire General Flynn because he lied to the Vice President and the FBI. He has pled guilty to those lies," Trump tweeted. "It is a shame because his actions during the transition were lawful. There was nothing to hide!"

The tweet came a day after Flynn pleaded guilty to lying to FBI agents.

Legal experts suggested if Trump knew Flynn had lied to the FBI and then asked then-FBI Director James Comey to drop the investigation, it could amount to obstruction of justice.

Feinstein said she believed Trump's firing of Comey was “directly because he did not agree to ‘lift the cloud’ of the Russia investigation.”

Dowd also said that Trump’s tweet over the weekend was his "mistake."

"That is an ignorant and arrogant assertion," he told Axios.

Dowd said that he drafted the tweet and then sent it to White House Social Media Director Dan Scavino to publish.