‘Let’s take the word “reset” out of the dictionary,’ says US ambassador to Russia

TEHRAN, December 5 -Former Utah Governor Jon Huntsman, who has served as US Ambassador to Russia since October, has criticized attempts by Washington to make a big show of patching up relations, and has implored the two countries to focus on the “core issues.” 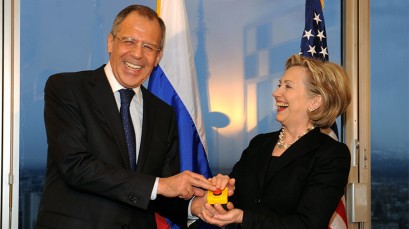 TEHRAN, Young Journalists Club (YJC) -Former Utah Governor Jon Huntsman, who has served as US Ambassador to Russia since October, has criticized attempts by Washington to make a big show of patching up relations, and has implored the two countries to focus on the “core issues.”

“Why does every administration – whether Democrat or Republican – talk about a reset?” Huntsman asked during an interpreted interview on Moscow radio station Kommersant FM on Monday evening.

“I would say that the term reset needs to be taken out of our dictionary. Because every time we talk about it, people start with the best intentions. But then they encounter realpolitik,” said Huntsman, who previously served as ambassador to China under Barack Obama.

Post-Cold War relations between the Kremlin and the White House have waxed and waned, but the most deliberate attempt came in Geneva in early 2009 when – in a photo op she must surely wish to forget – newly-appointed Secretary of State Hillary Clinton presented the then-and-current Russian Foreign Minister Sergey Lavrov with a literal red button that with the inscription “Reset.”

Lavrov laughed awkwardly, not least because “Reset” was mistranslated as “Overload” into Russian on the diplomatic souvenir, but Washington felt that then Russian President Dmitry Medvedev would be more amenable to their overtures than the man on either side of his term, Vladimir Putin.

Even then, considering the differences between Moscow and Washington over NATO expansion, the missile defense shield, and the geopolitics of the former Soviet Union, the celebratory tone felt unearned. The subsequent fallout over Ukraine and Crimea, the spiral of sanctions and counter-sanctions, and the election meddling accusations have made the moment not just over-optimistic, but foolhardy.

Current Secretary of State Rex Tillerson, who has declared that relations with Moscow are at “an all-time low point since the end of the Cold War” also recently chided the Clinton initiative, saying that you “cannot erase the past” and “start with a clean slate.” The Kremlin says the term “reset” has been “compromised” by recent events.

Nonetheless, in his interview Huntsman, a member of the Republican Party, was asked about the “Russian disappointment” over a lack of a promised improvement in relations, expected before Donald Trump was elected.

Huntsman said that the US president personally assured him that improving relations with Russia was a top priority, but said that it would be “neither quick nor easy” and any solution would have to center on finding a compromise on the issue of Ukraine. The ambassador insisted that relations are already better than the Obama era, and pointed to the meetings and phone calls between Putin and Trump.

But with Michael Flynn potentially facing jail time, because he was afraid to admit that he wanted a less confrontational relationship with Russia, and the Robert Mueller inquiry on alleged Moscow meddling still to wrap up – likely with a new raft of sanctions, it looks like things will get worse, before they get better, whether or not non-functional buttons, friendship bracelets or matching “Besties Forever” tattoos are involved.