Saudis seek divide in Muslim countries under US command 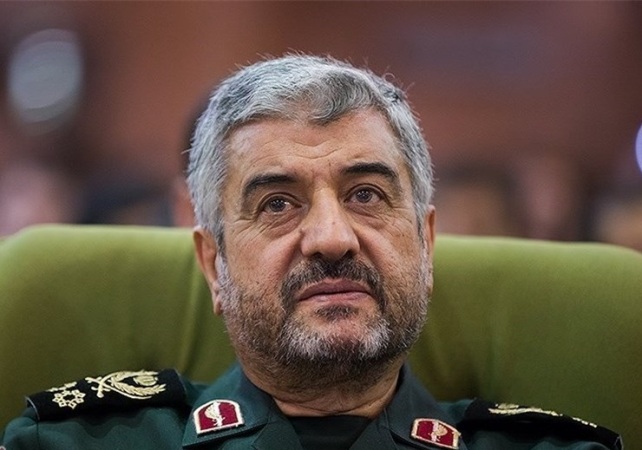 TEHRAN, Young Journalists Club (YJC) - General Jafari attended in the inauguration ceremony of construction projects said that despite the plots of the regional and international enemies of Iran, there is an unsurpassed security maintained in the country.

He referred to the Saudi regime’s conflicts with the Muslim countries of the region and asserted that Saudis, following Israeli regime, pursued divide among Muslims.

“The crime of the region's nations, including Syria, Iraq, Yemen and Bahrain is that as they learn from the Islamic Revolution, they do not want to go under the yoke of tyranny, so the betrayer Saudis on behalf of US and Israel, plays an effective role in creating insecurity” General Jafari said.

He remarked that the Saudi regime was making a coup against Ansarullh of Yemen, a conspiracy which was failed incipiently.

“Security is the most important requirement of material and spiritual development of a society, and the US as well as other enemies do heavy investments to create insecurity in those parts of the world not standing with them” General Jafari asserted, referring to Syria and Iraq’s victories over Deash.