TEHRAN, December 5 - These were US and Israeli regime which created terrorist groups, Iran’s President said on Tuesday in the inauguration of Islamic Unity International Conference. 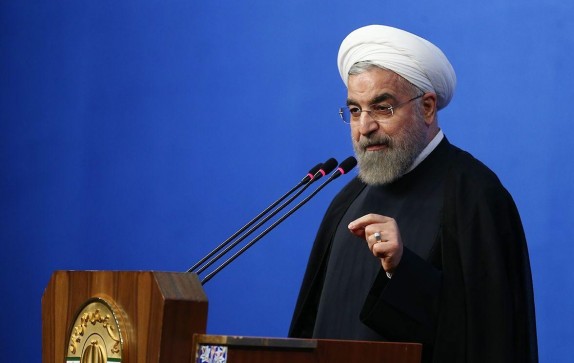 TEHRAN, Young Journalists Club (YJC) - Hassan Rouhani said “The Muslim path in fighting terrorism must be continued until terrorism and all of its roots in the region are eradicated”.

These were US and Israeli regime that created terrorist groups, yet some countries recklessly reveal their close ties with the two countries, Rouhani noted.

He added “Everyone knows who gave the terrorists money and weapons and provided them technical and intelligence assistance, although in the end they were attacked by the serpent which they had bred them for biting others”.

Rouhani then slamed the US and its allies for ruining the opportunities of development of Iran as well as other countries of the region.

“Why did you devastate the countries of the region and murdered the Yemeni people by pounding them with bombardments?” he asked, addressing US and its allies.

Mentioning another horrifying crimes of US and Zionist Israel Rouhani said that casting the seed of division between Shia and Sunni, and Kurds and Arabs is the fruit of Zionists the effect of which is not ended so soon.

“The only religion today has the necessary power to attract the younger generation is Islam, but burden of remedying the blow hit the face of Islam and represented an inverse image of it to the today world is upon our shoulders” the Iranian President remarked.

Saying “we are not like Jews to see our religion as for a certain race and nationality”, Rohani added that in Islam, all nations are considered the members of the Islamic Unique Ummah (community), and that Islam does belong to no particular race and group.

“Unity means that everyone should be together in confronting colonialism, arrogance, exploitation as well as liberating the Islamic land, fighting terrorism” he told on the explanation of Islamic Unique Ummah.

In the 31 International Islamic Unity Conference began in the Iranian capital city of Tehran attended 520 dignitaries, ministers, scholars, university professors, and representatives from scientific as well as cultural associations.

The event is held annually on the occasion of the birth anniversary of Prophet Muhammad (Peace be upon Him) in an effort to lay the ground for stronger unity and solidarity among Muslims and provide appropriate solutions for their problems.